Samsung already offers more smartwatches than just about any other company. But so far they’ve all had one thing in common: square watch faces.

Now the folks at Mobile Geeks have unearthed a series of patent filing suggesting that Samsung is at least thinking about watches with round displays. 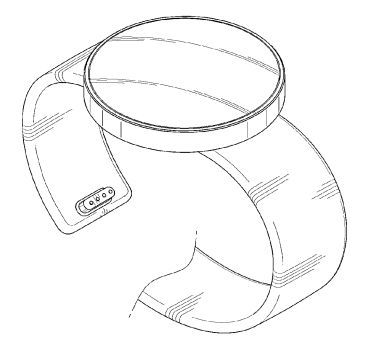 Two models have screens that look like circles while a third has a roughly square-shaped watch face with rounded corners.

In addition to a round screen, the watches look a little different from the company’s existing Gear line of watches because the charging port has been moved down to the end of the watch band near the clasp that holds the band together when you’re wearing the watch.

All of the drawings also show watches with cameras — a feature that’s only available on some of Samsung’s current smartwatches. As SamMobile points out, one patent also mentions gesture recognition which uses the camera to detect movement of your fingertips.

Companies often file patents on designs that never see the light of day, which is why I tend to rely on FCC listings for details about upcoming products rather than patent filings. There’s no guarantee Samsung will ever release anything that looks like the devices shown in these documents. But given the amount of attention Motorola’s upcoming Moto 360 smartwatch has generated, don’t be surprised if Samsung decides it might be hip to not be square in the future.