Runtastic makes a popular mobile app for runners that lets you track your distance traveled, view maps of your past runs, get feedback through a voice coach, and much more.

The company also offers a line of hardware including a GPS watch, heart rate monitor, and digital scale. Now Runtastic is launching its answer to the Fitbit, Jawbone Up, and other fitness trackers.

The Runtastic Orbit is a $120 wristband that tracks your steps and sleep patterns. But it can also pair with the Runstastic app on your phone to use the Orbit as an inexpensive GPS watch. It can display distance, speed, and other details while your phone remains tucked away. 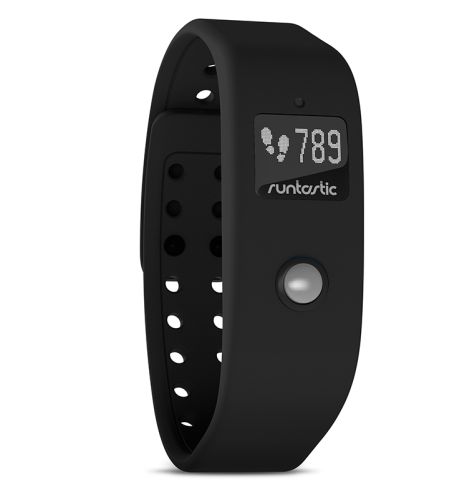 Like other fitness trackers the Runtastic Orbit can track your steps and distance traveled, estimate how many calories you’ve burned, and measure your sleep patterns while it hangs out on your wrist.

It’s also waterproof so you can take it swimming. There’s also a vibration feature that lets you set alarms or receive a notification when you’ve been idle too long. It has an OLED display and Runtastic says the Orbit’s battery should only need to be recharged once every week or so.

The device pairs with your phone over Bluetooth and it’s designed to work with Android 4.3 or later or an iPhone 4s or later.

Runtastic is taking orders for the Orbit and plans to start shipping the fitness tracker August 11th. It comes with a single wristband, but you can also buy a 3-pack of additional wristbands in colors including orange, yellow, pink, green, white, or gray.