The Acer Aspire Switch 10 is a 2-in-1 tablet/notebook hybrid with a starting price under $400, an Intel Atom Bay Trail processor, and decent performance (despite less-than-amazing battery life).

But if the $379 list price seems a little high, it looks like there may be a new cheaper mode on the way.

Mobile Geeks discovered a version of the tablet called the Aspire Switch 10 SW5-012 which has a slightly less powerful processor, a slightly lower-resolution display, and a slightly smaller battery. 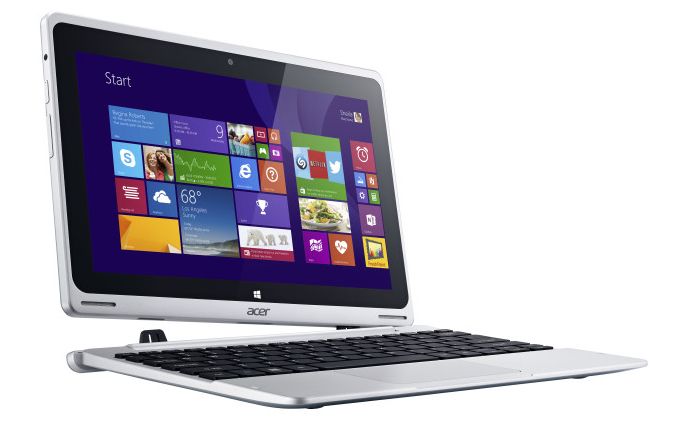 Mobile Geeks spotted the new tablet in German retail listings… although it’s also showing up in Canada and other regions. In Germany the new model seems to cost more than the original despite having less powerful components — but odds are that by the time prices are finalized this tablet will be a little cheaper than the original Acer Aspire Switch 10 SW5-011.

One reply on “New, cheaper Acer Aspire Switch 10 model on the way?”