MSI seems to have a new tablet with an Intel Atom quad-core processor, 2GB of RAM, 64GB of storage, and Windows 8.1 software on the way.

There’s no word on when the tablet will launch or how much it will cost, but it passed through the FCC this week, giving us a good look at the design and some basic specs.

Update: As Notebook Italia points out, this is probably the MSI S100 which was introduced at Computex in June. 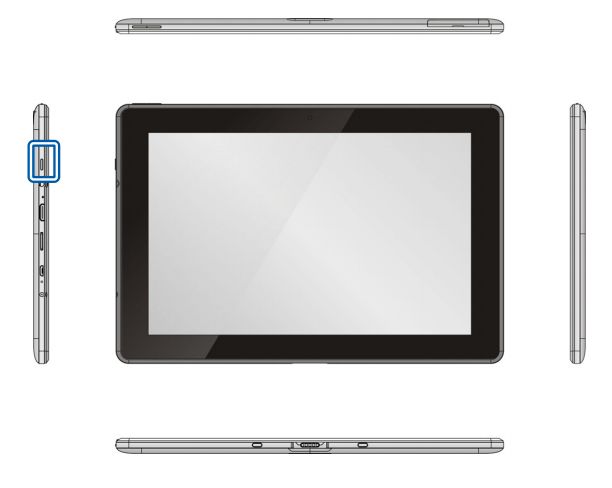 The tablet has a 10.1 inch, 1280 x 800 pixel IPS display with support for 10-point multitouch input, a mini HDMI port, micro USB port, and a keyboard docking station port. It supports WiFi and Bluetooth, has a 2MP front camera, and a 2MP rear camera.

While some details aren’t yet available (such as how much the tablet will cost), the fact that it has a single speaker rather than stereo speakers and an HD screen instead of a full HD display suggest that this could be a budget tablet.

If this is indeed the MSI S100 tablet, other specs should include a 7500mAh battery and an optional Bluetooth keyboard case.