Mad Catz is rolling out a software update for its Android-based M.O.J.O. game console. As expected, the update brings support for an Ouya app letting you use the $200 game console as if it were… Ouya’s $100 game console.

That might not sound exciting, but it does give you access to a game store with more than 800 titles designed specifically for play with a TV and a game controller. 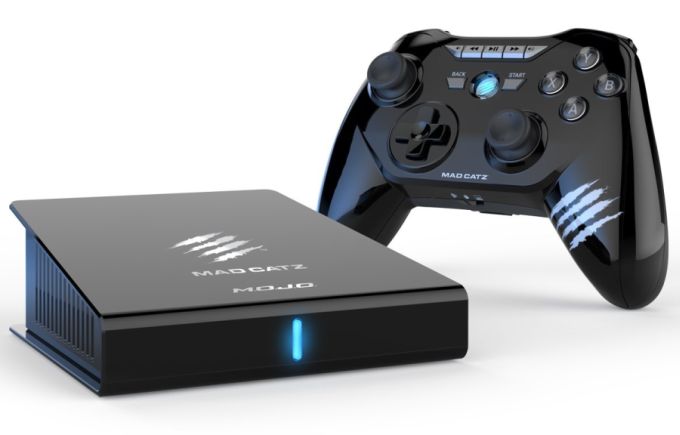 The Mad Catz mini-game console features an NVIDIA Tegra 4 processor, 2GB of RAM, 16GB of storage, a microSD card slot, 5.1 channel audio, WiFi, Bluetooth and Ethernet and support for a variety of apps and games.

Not only does the system have more powerful hardware than an Ouya, but it has access to the Google Play Store and supports OnLive’s cloud-based game streaming service.

Mad Catz says the latest software update adds better compatibility with the Google Play Store and other app stores — and that “the vast majority” of apps and games for Android will now run on a M.O.J.O. system.

While support for 4K TVs probably won’t help much with Android games designed for handheld devices such as phones and tablets, if you happen to have an Ultra HD display it’s probably nice to have a box that can at least play 4K videos.

$200 is still a fairly hefty price for a TV box designed to handle Android games. Competitors such as the Ouya and Amazon Fire TV sell for half the price. But a traditional game console like the Xbox One or PlayStation 4 cost twice as much.