LG’s new Android tablets are starting to hit the streets. You can already pick up an LG G Pad 7.0 in the United States for about $150, and now the company says the G Pad 10.1 will hit the streets later in July.

The tablet has mediocre specs, but like the 7 inch model it’ll probably be reasonably priced — and LG is playing up the tablet’s software which includes features from the company’s flagship smartphone, the LG G3. 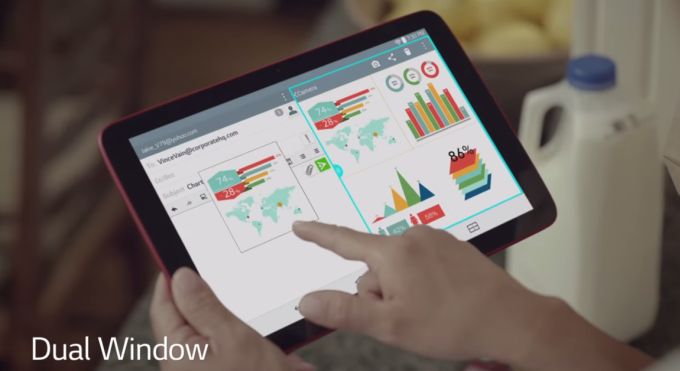 It comes in black or red, measures 0.35 inches thick and weighs about 1.2 pounds.

The tablet sports LG software including support for Knock Code (which lets you unlock the device by tapping a pattern on the screen), dual window support for apps, and the ability to snap a selfie without tapping the screen by squeezing your free hand into a fist while it’s in the frame to start a 3-second countdown.

LG’s QPair app also lets you pair the tablet with a nearby phone and answer calls on your tablet.