Firstview’s new S1162 is a convertible notebook with an 11.6 inch display, a Rockchip RK3188 quad-core processor, and Google Android software.

It also looks an awful lot like a Lenovo Yoga tablet.

Firstview is currently looking for distributors, but a representative tells ARM Devices that the S1162 should have a retail price of about $199. 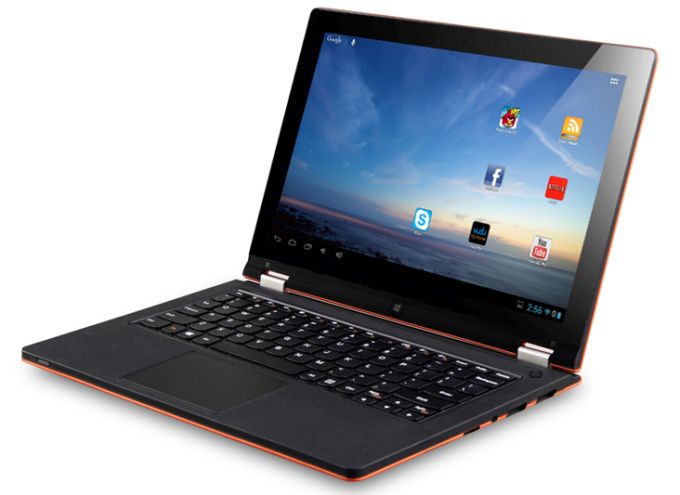 The system can be used as a notebook or a tablet. Just fold the screen back 360 degress until it’s behind the keyboard and the S1162 turns into an Android tablet.

It measures 0.6 inches thick, weighs about 3.3 pounds, and gets about 4 hours of battery life from a 7000mAh battery. While the battery life is a bit disappointing, the $199 price tag makes the S1162 a lot cheaper than the Lenovo Yoga machines it resembles.

Firstview refers to the S1162 as an ultrabook, but that’s an inaccurate description. Intel developed the ultrabook category… so by definition a device can’t be an ultrabook unless it has an Intel processor and meets Intel’s guidelines. It’s possible that one day those guidelines could extend to systems with Android software instead of Windows… but it’s unlikely that a laptop with a Rockchip processor will ever qualify.

Oh yeah, there’s at least one more odd thing about the S1162. It runs Google Android software, but it has a Windows logo below the screen.