Acer is no stranger to the Chromebook space. The company offers’s C720 Chromebook models regularly show up in Amazon’s best-selling laptop list, and Acer, along with Samsung, was one of the first companies to introduce a Chrome OS laptop way back in 2011.

But this year the company seems to be going all-out in the Chromebook space. Acer plans to launch a model with an Intel Core i3 processor which is expected to be one of the most powerful Chromebooks around. Evidence of a new 13.3 inch model with an NVIDIA Tegra K1 processor showed up recently, suggesting Acer’s first non-Intel Chromebook was on the way.

Now it looks lie Acer may also be preparing to launch its first model with an Intel Bay Trail processor. 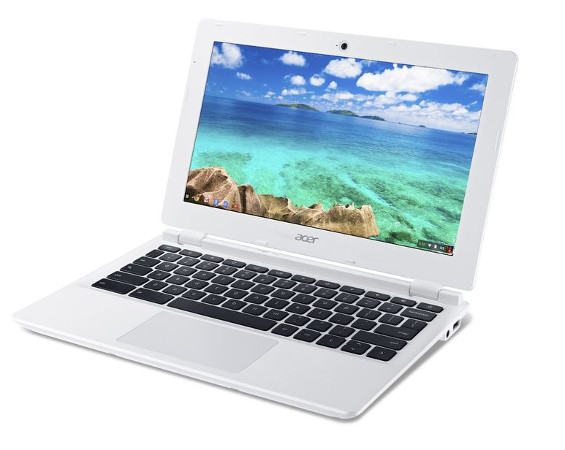 Mobile Geeks spotted a retail page for the Acer Chromebook 11 in Germany.

If those details are accurate, the Acer Chromebook 11 would be just a little cheaper than an Acer C720 Chromebook with a more powerful Intel Celeron 2955U Haswell processor.

If the similarly-specced Asus C200 Chromebook is anything to go by, you’d probably get better performance from the Haswell model… but the Bay Trail version might get better battery life.

Update: NewGadgets.de has some hands-on photos.

5 replies on “Acer Chromebook 11 could be Bay Trail laptop”