ZTE and US Cellular are introducing a new smartphone that they’re calling one of the most affordable phones to launch in the United States with support for 4G LTE. 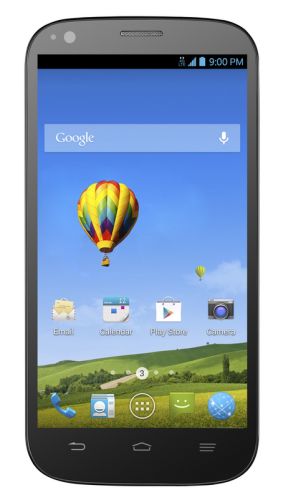 Other features include a 13MP camera, a 2MP front-facing camera, 802.11ac WiFi, and a 2300mAh battery. The phone has 2GB of RAM, 8GB of storage, and a microSD card reader for up to 32GB of removable storage. The Grand S Pro runs Android 4.3.

At launch, this phone will a US Cellular exclusive. Of course, the distinction of “cheapest LTE phone in the US” only applies if you sign up for a 2-year contract. If you want to buy the phone off contract, you’ll end up paying a bit more. But the contract-free price isn’t bad either. The off-contract ZTE Grand S Pro will sell for $249.99.

I know what you’re thinking… but this is a CDMA smartphone that’s carrier locked to the US Cellular network, so whether you buy the phone outright or pick one up for $100 with a contract, it’ll only work with US Cellular (unless you want to use it as a WiFi-only device).