Pebble beat big name companies including Samsung, LG, Motorola and Apple to the smartwatch market with the launch of a wristwatch with an ePaper display, long battery life, the ability to sync with Android and iOS and display notifications on your wrist, and support for many third party apps.

The Pebble Smartwatch currently sells for $150, which also makes it cheaper than many other smartwatches on the market.

But there’s a cheaper option: The Zebble smartwatch costs just about $80. 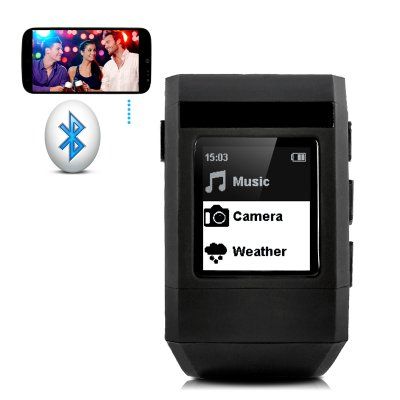 As you’d expect from the name, the Zebble is basically a Pebble wannabe. Like the Pebble, this watch has an ePaper display, a waterproof design, and over a week of battery life.

The Zebble isn’t nearly as attractive as the Pebble though, and it’s probably missing the Pebble’s most important feature: its ecosystem. As one of the early players in the smartwatch space, Pebble has attracted a decent number of developers and there’s an app store that gives you plenty of opportunities to customize the way the watch looks or add new features.

That said, for about half the price of a Pebble, the Zebble displays notifications on your wrist, lets you control music playback on your phone, acts as a camera control button, offers find-my-phone functionality, and lets you view weather conditions or track your steps while walking or running.