WebOS never made a big splash as a smartphone or tablet operating system. But it looks like it might have a serious shot as a smart TV OS.

After acquiring the remnants of webOS from HP last year, LG started shipping smart TVs powered by the operating system in March. And in just a few months, LG says it’s sold over a million televisions running webOS software. 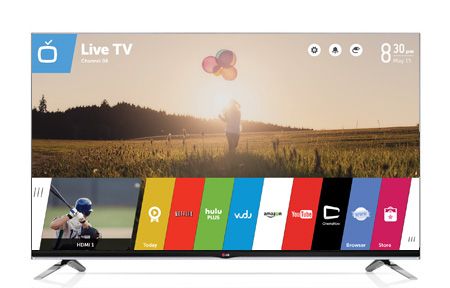 Does that mean there’s a huge demand for webOS televisions? Not necessarily. LG is throwing the software onto big screen televisions that many people would have probably paid good money for whether or not they supported social updates from Twitter or video streaming from Netflix or Hulu Plus. After all, you could basically do the same thing by plugging a $50 Roku into the TV.

Still, the more webOS televisions end up in living rooms across the world, the more reason there is for third party app developers to support the platform by creating web apps designed to work with LG’s smart TVs — although LG says its focus is on providing the simplest possible user interface rather than the most features.

LG expects to bring the platform to more than 150 markets by the end of June, 2014 and sell as many as 10 million webOS televisions by the first half of 2015. And that could make webOS for TV a much bigger success story than webOS for phones and tablets ever was.