Samsung has introduced a new version of its Galaxy S5 smartphone featuring a more powerful processor and a higher-resolution display than the model that hit the streets just a few months ago.

The new version will launch first in Samsung’s home country of South Korea. It’s not clear if or when it’ll be available in other regions. 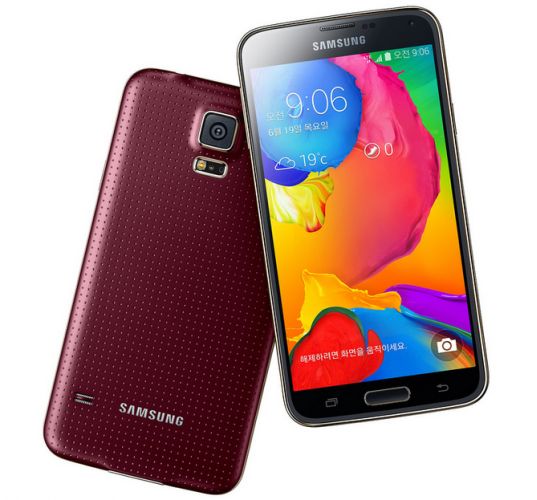 The new Samsung Galaxy S5 LTE-A features a 5.1 inch, 2560 x 1440 pixel Super AMOLED display with 577 pixels per inch and the phone is powered by a Qualcomm Snapdragon 805 processor.

By comparison, the original Galaxy S5 has a 1080p screen and a Snapdragon 801 CPU.

Other features for the new model include 3GB of RAM, 32GB of storage, a microSD card reader, a 2800mAh battery, 16MP rear camera, 2MP front camera, WiFi, Bluetooth, and NFC.

The phone also supports for LTE-A mobile broadband with download speeds up to 225 Mbps… in South Korea, anyway.

Samsung will offer the Android 4.4 phone through SK Telecom starting this week. The new Galaxy S5 LTE-A will be available in black, white, gold, blue, red, and pink.