Songza is a music streaming service which specializes in curated playlists with names like “A Michael Jackson Dance Party,” “Easygoing Alt-Country,” “Indie Sellouts,” and “Songs to Raise Your Kids To.”

Fire up the Songza website or the the company’s apps for Android, iOS, Windows Phone, or Windows 8.1 and you’re greeted with a list of recommendations based on the time of day, weather forecast, or other details. It’s kind of like Pandora… except instead of continuously trying to improve your playlist by giving songs a thumbs up or down, the Playlists are already hand-picked by human beings who seem to have pretty good taste.

Now there’s a report suggesting that Google is looking to buy Songza in hopes of bringing the company’s expertise to its Google Play Music All Access service. 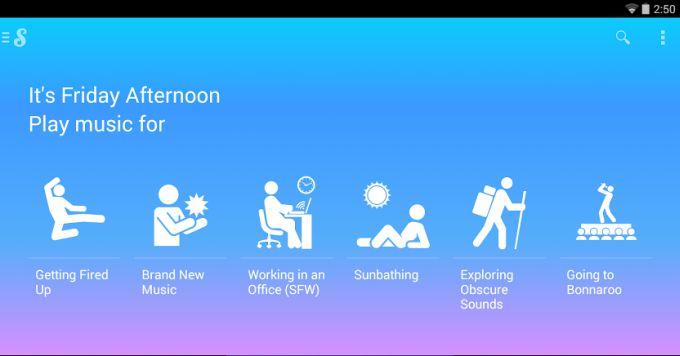 Hopefully if Google does acquire Songza, it won’t kill the company’s existing free streaming music service… which is frankly one of the most awesome online music services I’ve used in the past few years. But Google doesn’t have a great track record with this type of thing… when it acquires companies, it often shuts down their existing apps.