The folks at ICE Computer have been trying to bring pocket-sized desktop computers to market for a few years. Despite raising less than $11,000 during an Indiegogo campaign aimed at generating $300,000 earlier this year, the company is giving things another go… this time with an xPC Pocket PC powered by a choice of Intel Bay Trail or Haswell chips. 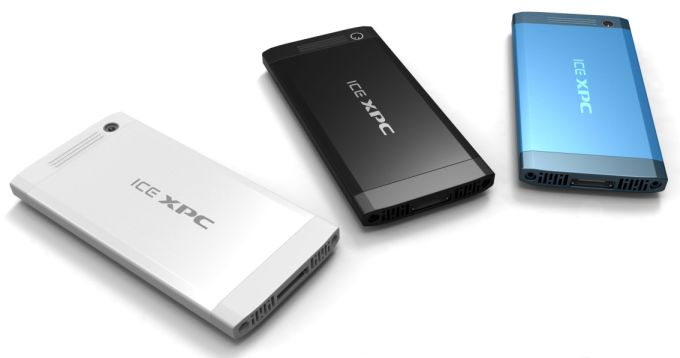 Actually, the goal is to ship with a Core i3 or Core i5 or Intel Atom Bay Trail processor… assuming those are the latest chips by the time the xPC actually launches. In a pair of press releases, the company leaves open the door for Broadwell support as well.

While it’s not clear if the xPC will ever actually see the light of day, the computer certainly looks pretty cool. It’s about the size of a smartphone, but has the guts of a full-blown Windows desktop computer. The idea is that you’ll be able to carry your PC in your pocket and just attach it to a docking station when you want to boot up Windows on a system with a monitor, mouse, and keyboard.

ICE Computer says the system weighs less than 4 ounces, uses less than 11 watts of electricity, and offers between 32GB and 64GB of solid state storage. It has  802.11n WiFi and a built-in 5MP webcam and uses SlimPort for HDMI, DisplayPort, DVI, and VGA connections.