The HTC One (M8) is a powerful 5 inch smartphone with a full HD display and a Qualcomm Snapdragon 801 processor.

HTC seems to have issues with the meaning of the word “one” though, because the company has a new one. The HTC One (E8) has most of the same specs… but it has a polycarbonate plastic case instead of a metal case.

The new HTC One (E8) also has a different camera. It’ll be available in select markets this month. 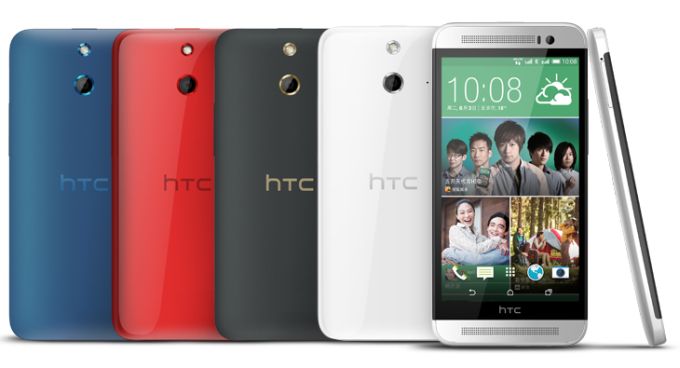 The new phone features a 5 inch, 1920 x 1080 pixel display, a Snapdragon 801 processor, 2GB of RAM, and 16GB of storage plus a microSD card slot. HTC will offer single-SIM and dual-SIM versions of the phone.

Other features include a 2600mAh battery, HTC BoomSound front-facing speakers, and HTC Sense software running on top of Android 4.4 KitKat.

One major difference between this phone and the company’s metal flagship is the 13MP camera on the back of the HTC One (E8). HTC’s other phone has a 4MP “ultrapixel” camera with dual lenses for adjusting depth perception even after you take a picture.

Both phones have the same 5MP front-facing wide-angle camera for selfie snapping.

Official pricing hasn’t been announced yet, but it’s likely the HTC One (E8) will also be at least a little cheaper than the HTC One (M8).

2 replies on “HTC One (E8) is a powerful plastic smartphone”