HP plans to begin selling a 14 inch notebook with an NVIDIA Tegra 4 processor and Google Android software in July. The HP SlateBook 14 has been the subject of numerous leaks, but now the Android laptop is official, and it’s coming to the United States this summer. 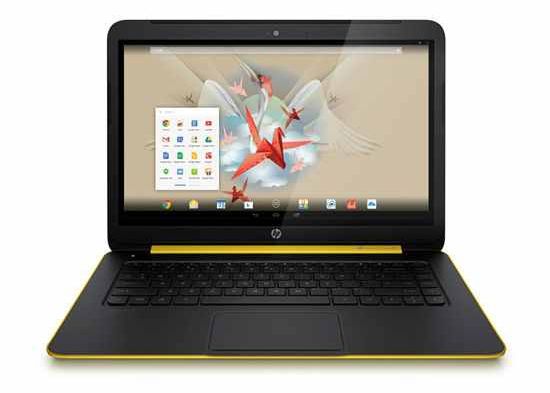 The notebook features a 14 inch, full HD touchscreen display, up to 9 hours of battery life, and a case that’s 0.63 inches thick and weighs about 3.7 pounds. In other words, it has the makings of a decent ultraportable PC… it just happens to run Android instead of Windows, OS X, or Chrome OS.

HP’s new Android app is Google certified, which means it’ll include access to the Google Play Store and other Google apps and services including the official Gmail, YouTube, and Google Maps apps.

The notebook has an HDMI port, microSD card reader, 1 USB 3.0 port and two USB 2.0 ports. It supports Miracast wireless display and despite Apple’s recent announcement that it’s acquiring Beats, this will be one of a number of HP products to ship with Beats Audio this year.

There are conflicting reports on the price and launch date. HP’s website says it will start at $399, while the official press release says $430. And the press release says it’ll be available in the US on July 20th, but Engadget says August 6th.

Either way, the HP SlateBook 14 will be an unusual option for folks looking for a new laptop this summer.