The latest low-cost Android tablet from Hisense is now available in the United States… in limited quantities. After hitting Europe in April, we’re starting to see reports that the Hisense Sero 8 is now available from at least one Walmart location, and it sells for about $130.

Update: Walmart confirms that the tablet is available in select stores.

While you’re waiting for the tablet to pop up in a store near you, feel free to check out some photos of the tablet which showed up at the FCC this week. 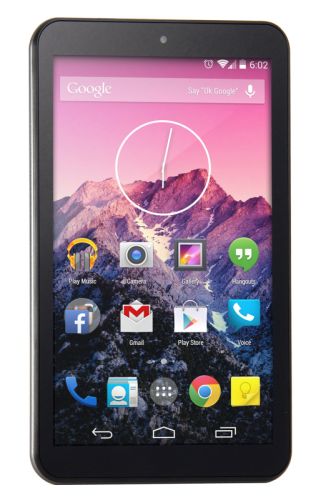 While the specs aren’t exactly stellar, the new 8 inch tablet follows last year’s 7 inch model which had the same basic specs as a 2012 Google Nexus 7… if the Nexus 7 had a microSD card reader and a lower price tag. There are probably other cheap tablets available with better specs, but Hisense has a decent track record of offering halfway decent tablets for decent prices.

I haven’t seen solid US pricing details for the Hisense Sero 8 tablet yet, but one person in California is selling one on Craiglist for $140, while an eBayer is offering a few units for $120.