Apple’s rumored to be working on support for running two apps side-by-side on an iPad. That’s something you can already do on a Windows tablet, and it’s similar to the multi-window features available for some Android devices from Samsung, LG, and others. But up until now, multitasking on iOS has meant running an app in the background while another is in the foreground. 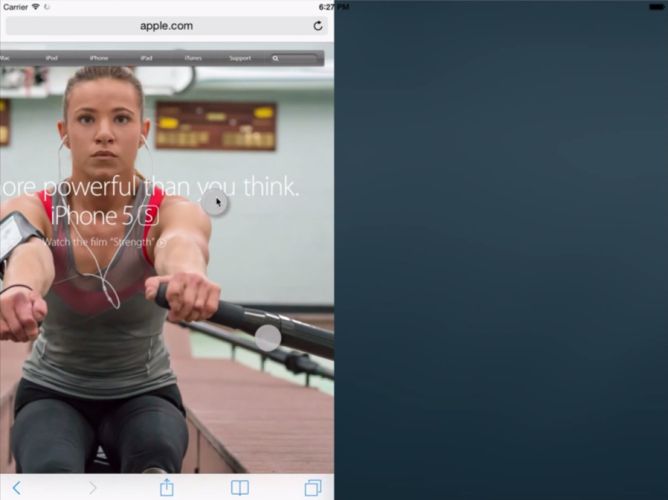 Troughton-Smith says the recently released iOS 8 software developer kit contains multiple references to the split-screen multitasking, and he was able to enable limited support for the feature to the iOS simulator.

He hasn’t been able to actually run two apps on the same screen yet… but he’s discovered that apps can run in full-screen, half-screen, or smaller sizes. Using the iOS simulator, he shows how an app can be resized and moved with a gesture.

Eventually this could let you do things like open up a Twitter or messaging app on one side of the screen and keep it visible while you surf the web, watch a video, or play a game in a second window.

It’s not clear that split-screen mode will make it into the final version of iOS 8 by the time it launches this fall. But it certainly looks like Apple is at least working on the feature.