Asus is making 3 new MeMO Pad tablets official… much to nobody’s surprise. Still, it’s nice to see the new models confirmed, and some models have some rather attractive features including full HD IPS displays and Intel Bay Trail or Merrifield processors. 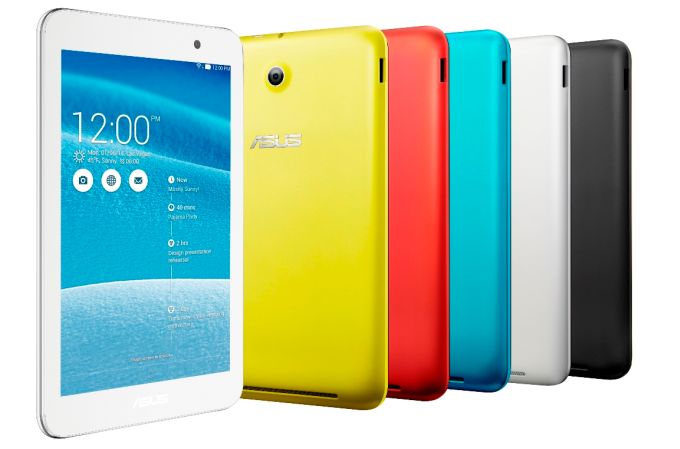 It has a 5MP rear camera and 2MP front-facing camera, support for Miracast wireless display, WiFi, and Bluetooth.

The tablet has 1GB of RAM and 8GB to 16GB of storage, which seems about par for the course with entry-level Android tablets these days. It measures about 0.38 inches thick and weighs 10.4 ounces.

Asus will also offer an optional MagSmart case which can wake your device when you flip back the screen cover.

Step up to the 8 inch model and you get a full HD IPS display… although curiously you get an Intel Atom Z3580 Moorefield chip which instead of a Bay Trail processor.

Moorefield chips are also 64-bit Atom processors and this is a quad-core processor. But while Bay Trail chips are most often found in tablets and notebooks, this type of processors is based on Intel’s architecture for smartphones and tablets with mobile data support… which kind of makes sense because the MeMO Pad 8 ME581CL also happens to support 4G LTE mobile data as well as 802.11ac WiFi. 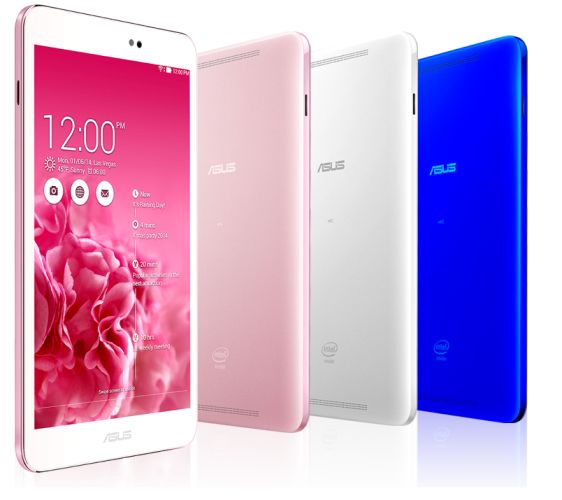 The low-power mobile processor might also help explain how Asus made its 8 inch tablet a bit thinner than the 7 inch model. The MeMO Pad 8 measures about 0.29 inches thick and weighs 10.6 ounces.

Note that Moorefield processors include PowerVR graphics rather than Intel HD graphics, which could be a problem if you’re planning to try to replace Android with another operating system on this tablet. Still, this is one of the first tablets to feature a Moorefield chip, which means it’s hard to know what to expect in terms of performance or support for alternate operating systems.

Looking for something about the same size as the MeMO Pad 7 ME176C, but with a less powerful CPU (and hopefully a lower price tag)? 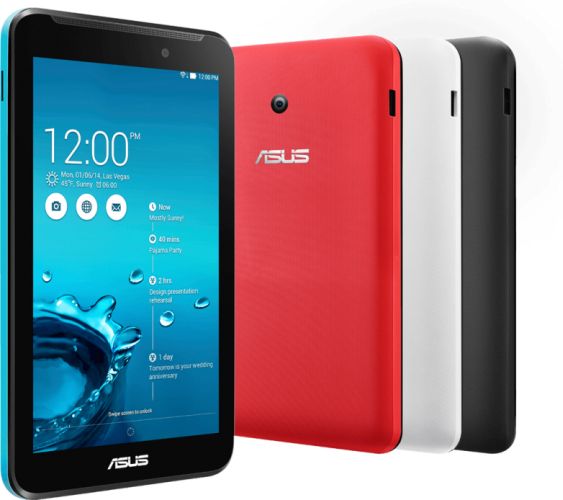 Asus loads the tablet with the same Android 4.4 KitKat operating system and ZenUI user interface as its other tablets.