Google has been building software to bring internet video to your television for a few years… but the company’s Google TV platform never really took off.

Now Google is trying again, and this time it’s using something called Android TV. It’s basically Android… but for the television. App developers can use Google’s 10-foot user interface to bring existing Android apps to the TV, or create software specifically for the TV. 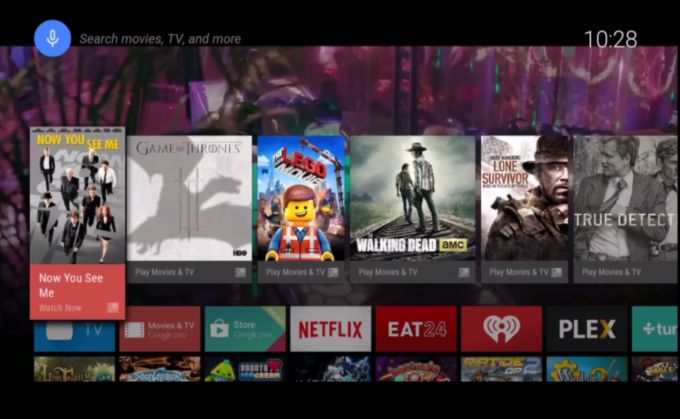 Users can interact with the software using just about any supported device with voice input or a touchscreen that you can use as a direction-pad. For instance you can use a smartphone or an Android Wear smartwatch to navigate through apps, videos, and to launch games — which you can play using a game controller.

Android TV also includes Google Cast support, meaning it works just like a Chromecast. Fire up an audio or video app on your phone or tablet, hit the Cast button, and it can send content to an Android TV device.

There will be a version of the Google Play store with apps designed for TVs when the platform launches along with Android L this fall.

Sony, Sharp, and TP Vision and Philips will launch some of the first smart TVs to feature Android TV software, as well as streaming boxes that you can plug into an existing TV from companies including Razer and Asus.

It’ll support devices with a range of processors including chips from Qualcomm, NVIDIA, MediaTek, Marvell, Intel, and others.