Google’s Android TV platform is the company’s next attempt to bring internet video, search, and apps to the biggest screen in your house. Unlike the largely-failed Google TV initiative though, Android TV will also place an emphasis on gaming.

While you can use a phone, smartwatch, or other device for basic Android TV functions such as finding a movie to watch, you might want something a little more advanced if you plan to play games. And that something more advanced could be a game controller that looks like this: 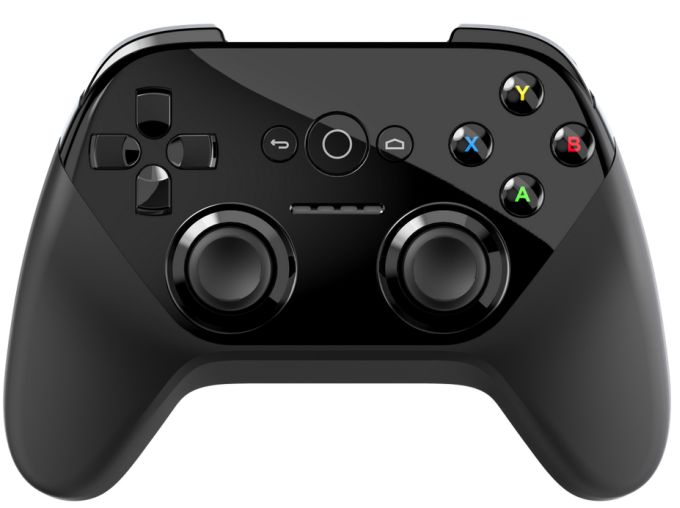 The game controller looks like something you’d get with an Xbox, (or an OnLive system), complete with analog sticks, a direction-pad, and buttons on the right side as well as shoulder buttons. But there are also dedicated keys for Android functions including Back and Home.

We probably won’t see the first Android TV devices until the next version of Android launches this fall, and they’re expected to come in a variety of configurations. Some models will have high-performance graphics chips capable of advanced 3D effects while others… might not. So it’s possible some Android TV products will be better suited to video and casual gaming while others could support console-style gaming. For those models, it’s nice to know that you’ll probably be able to use a decent game controller.

Android has actually supported Xbox and PlayStation style controllers for years, but a dedicated controller designed for Android TV with dedicated Android function keys will probably be more convenient for some tasks.

Update: You can find more pictures of the ADT-1 developer kit and some thoughts from a developer at reddit.com/r/android.