Aereo is a somewhat controversial service that lets subscribers in select markets stream live or recorded TV over the internet to a phone, tablet, Roku, or Apple TV.

Now Aereo works with Google Chromecast as well. That means for the price of a $35 Chromecast plus $8 per month, you can get live or recorded TV channels on your TV without installing a rooftop on your antenna or paying for cable or satellite service. 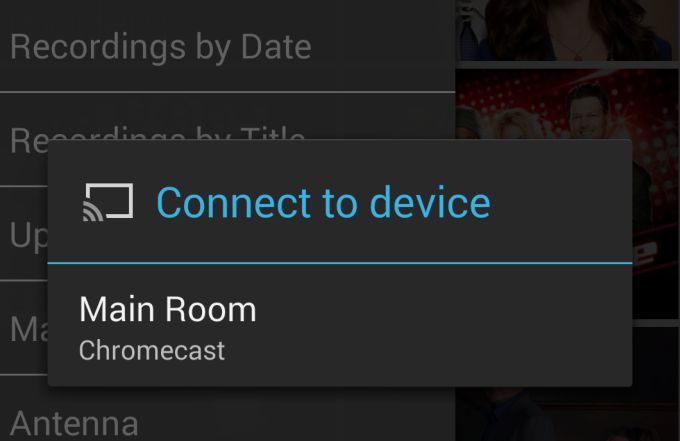 What makes Aereo controversial is that the company doesn’t have the explicit permission of TV channels to re-broadcast the content… but Aereo says it doesn’t need that permission because every subscriber has a dedicated antenna.

Basically, the company says it’s just providing something you could already do for yourself at home: you could climb up to your roof, install an antenna, and run a line to a DVR to watch live or recorded broadcast television for free. Aereo simplifies that process and makes it easy to stream content over the internet.

It’s actually probably a crazy inefficient way to provide live and recorded programming to users. The advantage of a network DVR is that a company like Aereo could just send out the same signal to many users. But that’d definitely be a violation of the rights of broadcasters.

Anyway, the issue will probably get worked out in courts. In the meantime, if you’re an Aereo subscriber in New York, Boston, Baltimore, Atlanta, Miami, Dallas, Houston, or one of the other supported markets, you can now use Aereo with Chromecast.