There was a time when small laptop computers cost a small fortune. Then netbooks came along and showed that miniaturization didn’t need to be expensive: Computers  makers could use cheap parts and sell the resulting mini-laptops at cheap prices.

Over the last few years something similar’s been happening on the desktop PC space. Folks looking for a small, low-power desktop computer for their home office or living room media center are just about spoiled for choice.

While many of the miniature PC-like devices on the market feature ARM-based processors and Android software, there are also plenty of choices for folks looking for an Intel-powered system capable of running Windows, Ubuntu, or just about any other operating system you’d care to throw at it. 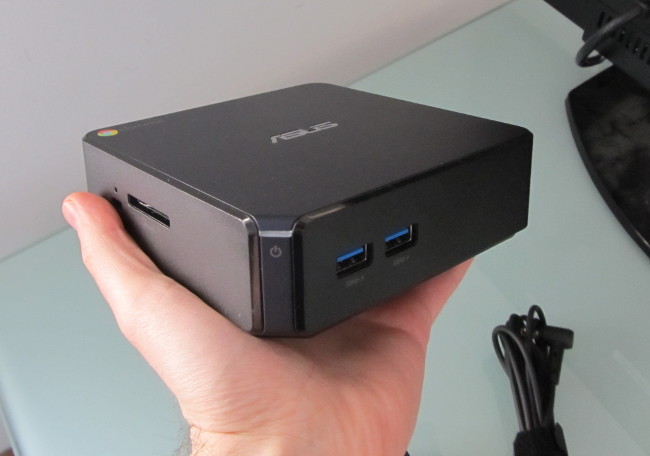 Here’s a list of  a dozen Intel-powered mini-desktop computers you can pick up for under $300… some with prices as low as $125. Just keep in mind that some of the cheaper models are sold as barebones systems. Every computer in this list includes a processor, motherboard and case but you’ll need to supply your own memory, storage, and operating system on most (but not all) models.

Note that this list would get very long if I tried to include every mini PC with an Intel processor, so instead I’m going to include some recent, affordable models.

Chip maker Intel kind of jump started the recent rush of tiny desktops a few years ago with the introduction of its NUC (Next Unit of Computing) platform. Several of the systems in this list are based on the NUC platform while others seem to be pretty clearly inspired by it. 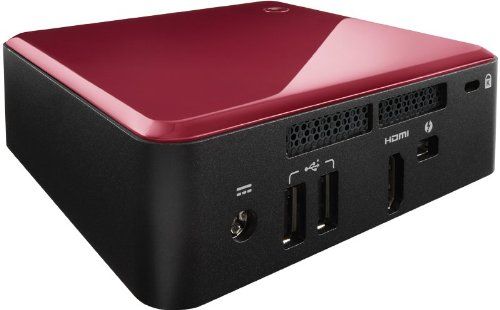 The system supports up to 16GB of RAM and has an infrared sensor on the front for use with some remote controls.

Gigabyte offers a series of NUC-inspired mini-desktops as part of its BRIX line. This is the cheapest model so far, and the first to feature passive cooling for a fanless design. 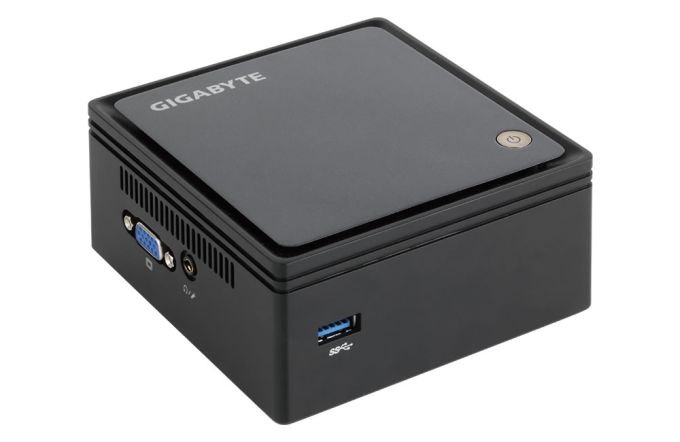 The BRIX GB-BXBT-2807 features an Intel Celeron N2807 dual-core Bay Trail processor which consumes just 4.3W of power, but which should be able to handle HD video playback and other basic tasks. It also supports external displays with resolutions up to 2560 x 1600 pixels and can handle dual-display configurations.

This system’s a bit more powerful than the Gigabyte BRIX system listed above, but it also lacks passive cooling. 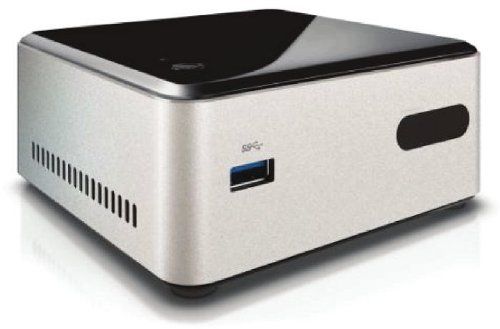 Elite Group Systems is a company that usually manufacturers goods for other PC makers, so most ECS-built products aren’t actually sold under the ECS name. 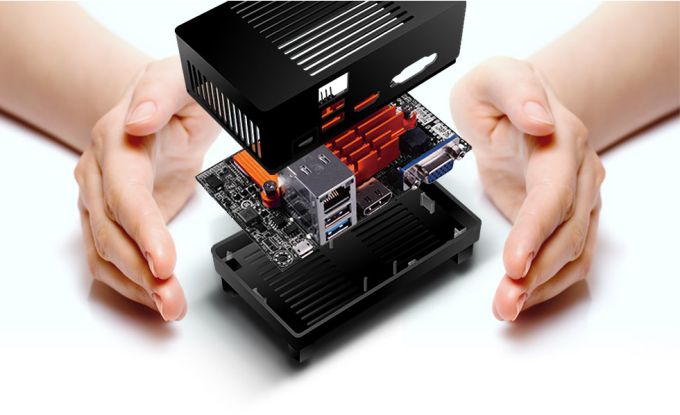 But the ECS LIVA is an unusual little computer that’s designed for you to assemble yourself from a kit. Essentially that means you put the case together and arrange the antennae. 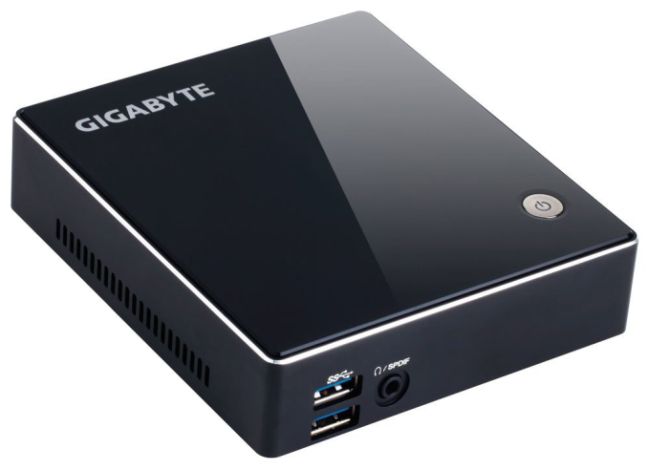 It has an mSATA slot for storage and a half-sized mini PCIe slot which is occupied by a WiFi and Bluetooth card.

Like Gigabyte, Zotac is a company that’s probably best known for making graphics cards and other PC components. But Zotac has also been offering mini-desktops for the past few years.

This model is one of the more powerful Zotac ZBOX computers available for under $300. 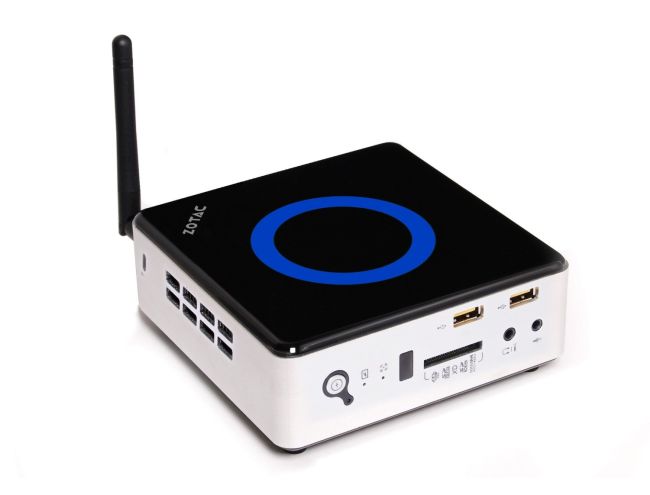 The system features an Intel Core i3-3227U dual-core Ivy Bridge processor, support for up to 8 GB of DDR3 1600 memory and has 2 mSATA ports, a SATA3 port, 4 USB 3.0 ports, 2 USB 2.0 ports, an eSATA port, HDMI and DisplayPort, S/PDIF, and a WiFi antenna connector as well as an Ethernet jack.

While there’s no memory, storage, or operating system included, those specs make this one of the more versatile systems on the list.

Here’s another Zotac system with a nice array of ports, but this one features a less powerful Intel Celeron 1007U dual-core processor. 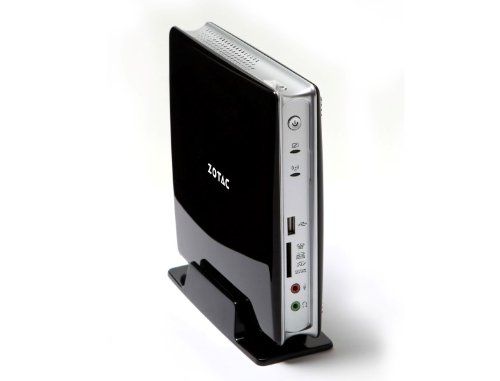 Shuttle has been building small form-factor PCs longer than just about any other company on this list, as well as PC cases for people who want to build their own tiny desktops. 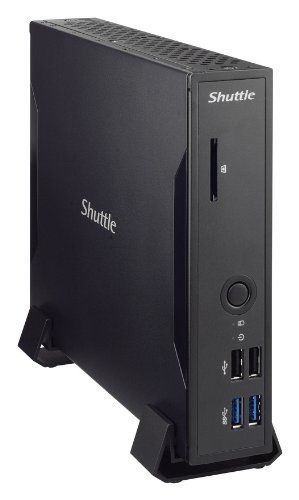 This system is one of the company’s more affordable models. It features a Celeron 1037U dual-core processor, a 2.5 inch drive bay and SATA 3 port, a half-sized mini PCIe port for the 802.11n WiFi card, and a nice range of ports includeing 4 USB 3.0 ports, 4 USB 2.0 ports, DVI and HDMI, Gigabit Ethernet, mic and audio jacks, and an SD card reader.

Mini PCs with memory, storage, and an OS

The Asus Chromebox might look like an NUC or BRIX kit. But it’s a full-fledged computer that comes with memory, storage, and an operating system pre-loaded. If you don’t like Google’s Chrome OS you can always install Ubuntu or another GNU/Linux distribution. 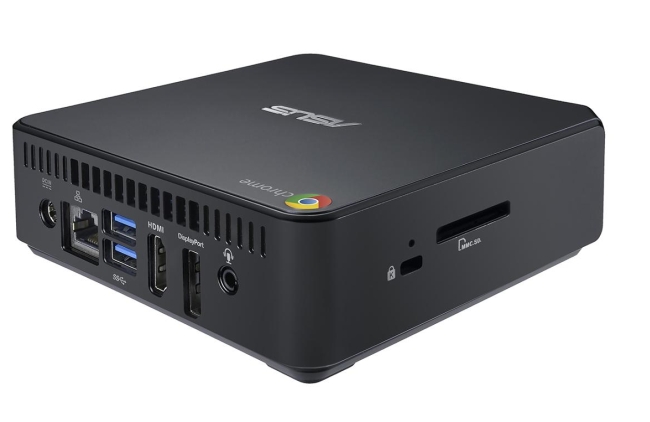 If you don’t need a lot of storage (or Windows), this might be one of the best bargains available.

Lenovo is one of the few major PC makers to offer cheap mini-desktops that look nothing like an Intel NUC. The company’s Q190 desktops look more like a Nintendo Wii, if anything. 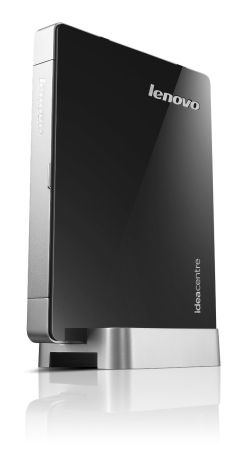 The latest entry-level models feature a choice of Intel Celeron 1017U dual-core Ivy Bridge processor, up to 4GB of RAM, a 500GB hard drive, and Windows 8.1 software.

There are also models with up to 1TB of storage, and up to an Intel Core i3 CPU, but those systems cost a bit more. 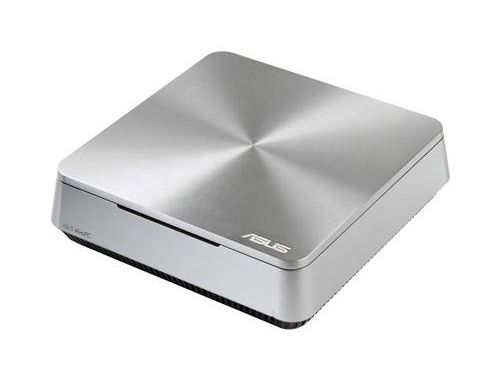 While it’s not the most powerful PC on this list, like the Lenovo Q190 this is a fully-functional PC with memory, storage, and Windows software for under $290.

At 7.5″ x 7.5″ x 2.2″ this system is a little larger than some of the other computers in this list, but unlike many of the other systems, the VivoPC has room for a 3.5 inch hard drive.