Zotac makes tiny desktop computers and the company also produces PC graphics cards. Now the company is bringing those two fields of expertese together with a new mini-PC aimed at gamers.

The Zotac ZBOX EN760 is a desktop computer that’s not much bigger than a Nintendo Wii. But it packs an Intel Core i5 Haswell processor and NVIDIA GeForce GTX 860M graphics. 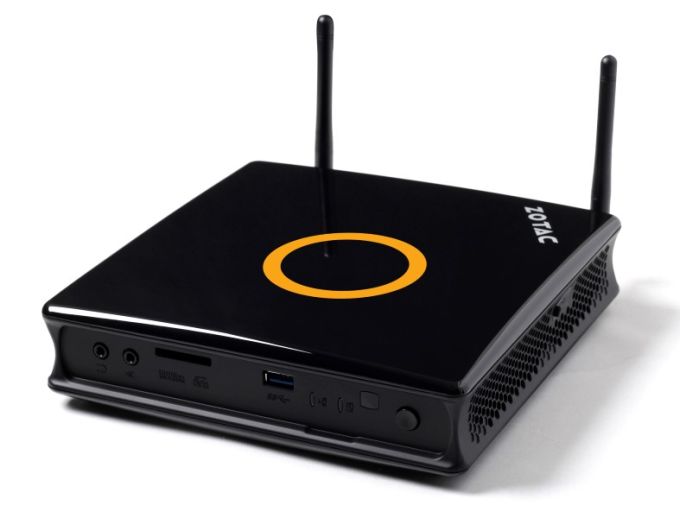 Zotac will offer two models: a barebones system that lacks storage or memory and a ZBOX EN760 Plus model that comes with 8GB of RAM and a 1 TB hard drive.

What really makes this model stand out from other members of the ZBOX family is the NVIDIA GeForce GTX 860M graphics processor. While this GPU is aimed at laptops and other mobile devices, it’s a lot more powerful than the integrated Intel graphics you usually get in this sort of system.

The GPU features 640 graphics cores, 2GB of GDDR5 memory, and support for NVIDIA technologies including GameStream and ShadowPlay.