Toshiba introduced a 5-in-1 PC concept at the Consumer Electronics Show in January. Now the company has added a few new modes on the computer and launched it as a real product… in Japan.

There’s no word on whether the Toshiba Dynabook KIRA L93 will be available for purchase outside of Toshiba’s home country anytime soon. 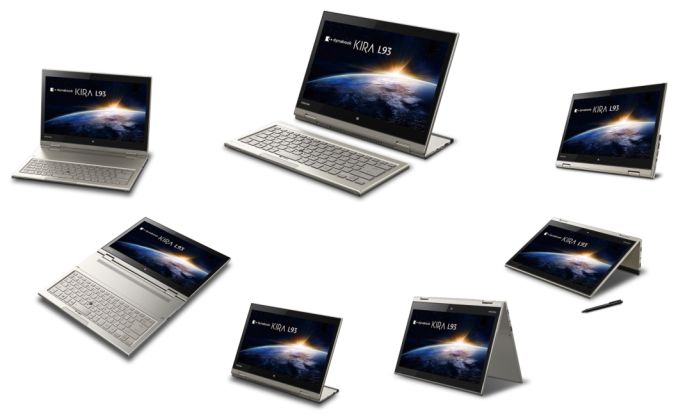 So what exactly makes this a 7-in-1 device?

Like many 2-in-1 systems, you can use the Toshiba Dynabook KIRA L93 as a laptop or detach the keyboard and use it as a tablet. But the keyboard is only a part of the laptop base. Take it away and there’s still a flap that you can use as a kickstand.

That lets you use the prop up the system in a variety of ways, including:

Arguably, there’s little different in how you would use the system in Desktop, Tent, and Stand modes… and I’m not really sure why you’d ever use the system in Flat mode. But the design of the Dynabook KIRA L93 certainly makes the system more versatile than most convertibles.

The system has a dual-digitizer setup with support for finger input as well as precise, pressure-sensitive input from a digital pen.