Samsung is launching a new platform for wearable devices designed to monitor your health in real-time. It’s called Simband, and the platform consists of wearable sensors and other hardware and software designed to do things that aren’t possible with current fitness trackers like a Samsung Gear Fit or a Fitbit.

Demonstrating the platform at an event in San Francisco today, Samsung showed off a system that could monitor your vital stats in real-time… and which you’d never have to take off your wrist thanks to a special battery that you can clip onto the strap to recharge the band while you’re wearing it.

Simband isn’t a consumer product at this point. It’s a project to create next-generation devices and apps that can help people track and analyse their personal fitness data. Samsung will offer open APIs for the software, and the Simband device itself is modular, allowing it to support add-ons to track different types of data.

Samsung is hoping to make Simband more than just a Samsung device, but an open platform that allows hardware and software developers to work together on next-gen fitness technology.

The Simband prototype can track heart rates and steps like many existing fitness bands, but it can also look at blood flow, skin temperature, and hydration levels, among other things. 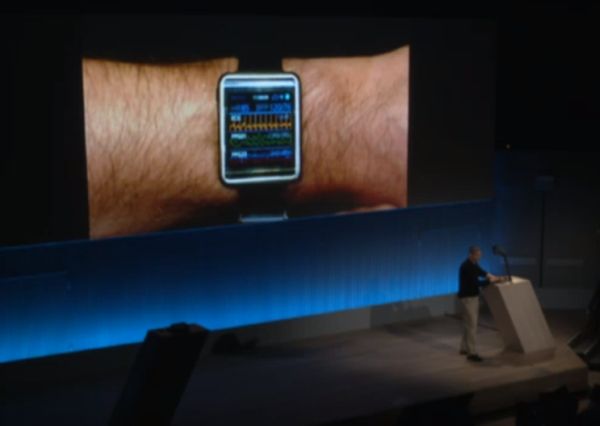 As for the unusual “Shuttle” battery system, it’s basically a clip-on battery that you can charge on its own. When you want to power up your Slimband, just clip the battery to the wristband and it’ll start to share some of its stored-up juice with the device.

An ARM Cortex-A7 dual-core processor is the brains of the Simband, and it supports WiFi and Bluetooth for communicating with other devices.