Want to be part of the Google Glass Explorer program? You’ll need an invite (usually) and $1500. But according to TechInsights, Google’s wearable computer only has about $80 worth of parts.

Google tells the Wall Street Journal that the price estimate is “absolutely wrong,” and there are likely at least a few good reasons for that. But the good news is that Glass is basically still in the pre-release, beta testing phase. Even if TechInsights is overlooking a few things, it seems likely that Glass could sell for a few hundred dollars when it’s ready to hit the streets as a real, consumer-friendly product. 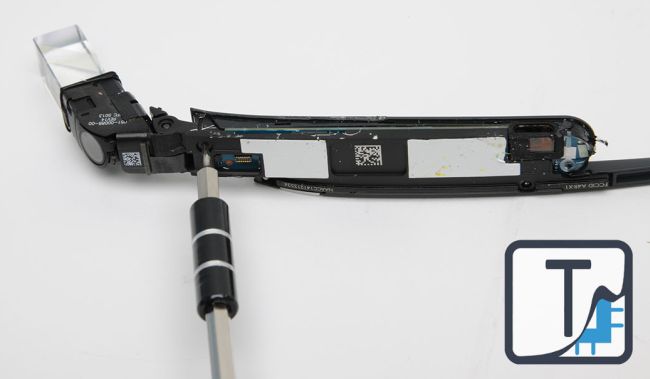 TechInsights analyzed the components of Google Glas including the display, touch sensor, battery, camera, wireless chips, storage, memory, and processor to come up with a bill of materials of $79.78.

The estimate only allotted $2.15 per unit for assembly and testing though. It’s possible that assembly of this unique device could be a bit more expensive — and all of the components could be a bit more costly since Google Glass is currently a limited edition device. Prices tend to go down when you’re mass producing a device since you can order components in bulk.

Google is also probably factoring distribution costs, research and development costs, and other figures into its price. I’m not aware of any consumer electronics company that typically sells new products for the same price as the cost of their components… that’d be a pretty silly business model.

Moreover, Google is charging early adopters a premium price partly because the company only wants to get Glass into the hands of developers, enthusiasts, and others who really want to test this new, unusual type of device. If the company were selling pre-release kits for $200, it’d be a lot more attractive to the general public: but that means a lot of people would be buying a product that’s essentially unfinished which is a recipe for disappointed customers.

In other words, while it’s kind of fun to estimate the cost of building a device like Google Glass, the TechInsights report doesn’t really tell us much about Google’s eventual plans for Glass. We still don’t know what the real price of this product will be (or even if the hardware will change before it officially launches), or what kind of profit Google hopes to make.

If the Google Nexus smartphone and tablet program (which may be ending soon) is anything to go by, it’s likely Google won’t charge a high price for its hardware… instead using Glass as a way to encourage people to interact with Google’s ad-supported apps and services, which is how the company makes most of its money.