Now that the developers of XBMC offer a version of their popular media center software for Android, you can run it on all sorts of devices. But one of the companies that first partnered with the XBMC team to port the application to Android have a habit of releasing set-top-boxes optimized for running XBMC.

Their next box goes even further, with a highly customized version of Android called TOFU Media OS that makes Android really look like it was designed for TVs… and which puts XBMC front and center. 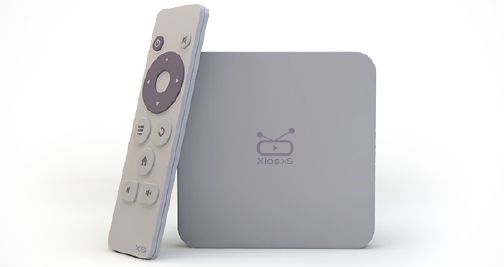 , the new model has a new wireless remote control that’s optimized for XBMC and TOFU and it’ll be the first device to ship with the new TOFU software.

The TOFU operating system is based on Android and supports Android applications. But front and center in the operating system is TOFU Media Center, which is a skinned version of XBMC designed to make it easy to interact with photos, videos, and music on a TV screen while using a remote control.

While there are Android TV boxes with faster processors, more memory, or other advanced features, those specs should be enough to handle HD media playback, and the specialized operating system and remote control could make the Pivos XIOS XS worth checking out for folks who want a customizable media center device that feels like it’s designed for the living room.