There are two more reasons to pick up an NVIDIA Shield handheld game console. Valve is now offering two of its classic PC games for $10 each. Portal and Half-Life 2 are now both available for NVDIA’s $199 game system.

You can purchase and download the games from the Google Play Store, but that doesn’t mean they’ll run on any old Android phone or tablet. These are Shield-exclusives… at least for now. 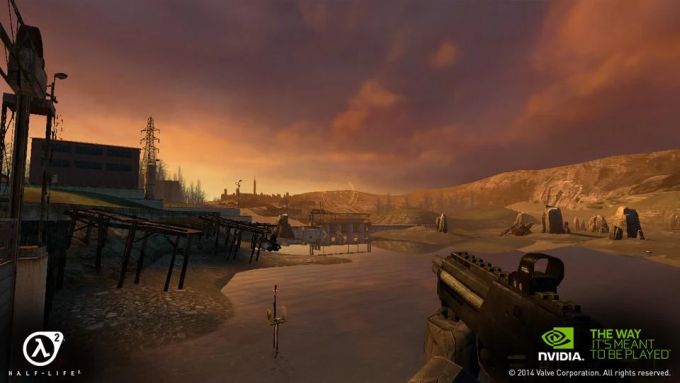 The good news for fans of the games that don’t feel like spending money on a Shield is that now that the titles have been ported to Android, it theoretically shouldn’t be that hard for Valve (or maybe some independent hackers) to get the game running on other Android devices with NVIDIA Tegra 4 processors.

Of course, if you’re already a fan of the game, odds are you’ve already played it and you don’t necessarily need to spend $10 to play it again… but for folks who haven’t played one of these titles, they include high-quality graphics, storylines, and puzzle solving features, which helps set them apart from the sea of $0.99 and free-to-play games (with in-app purchases) available in the Google Play Store.

Still, it’s interesting that some of the best games available for Android are PC games that have been available on other platforms for 7 or more years. Mobile gaming clearly still has some catching up to do.

5 replies on “PC classics Portal, Half Life 2 get new life on the NVIDIA Shield”