The Oppo N1 is a smartphone with a 5.9 inch display, a Qualcomm Snapdragon 600 CPU, and an unusual camera which you can rotate to face either the front or back of the phone.

About a half year after introducing the N1, Oppo has unveiled a new “Mini” version. It’s still not exactly small, but with a 5 inch display the Oppo N1 Mini might be a bit easier to fit into your pocket or purse. 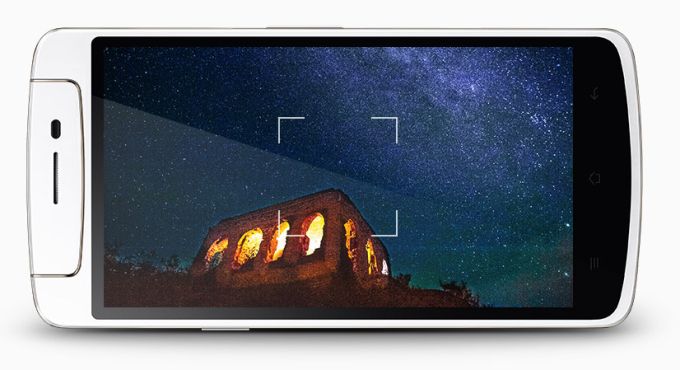 The new model has the same 13MP camera as the original, which means you can take high-resolution selfies if that’s what you’re into.

Full specs aren’t yet available, but we do know that the phone will support 4G LTE networks and it’ll have a 1280 x 720 pixel display instead of the full HD screen used for its bigger sibling. Presumably it’ll also be a bit cheaper than the larger model.

The Oppo N1 features the Chinese company’s custom version of Android, called ColorOS. The original Oppo N1 was the first smartphone to offer an optional limited edition model with CyanogenMod software. There’s no word on whether there will be an official Cyanogen ROM for this phone.

Oppo is holding an event to officially launch the new Oppo N1 Mini on June 10th, and it should be available in select markets starting June 11th.

One reply on “Oppo N1 Mini is smaller… not exactly small”