The Motorola Moto G is a low-cost smartphone with decent specs… but it’s been missing one thing many people have been asking for: support for 4G LTE networks. Up until now the Moto G has been a GSM-only phone.

Now Motorola is taking pre-orders for a new Moto G with LTE for $219. 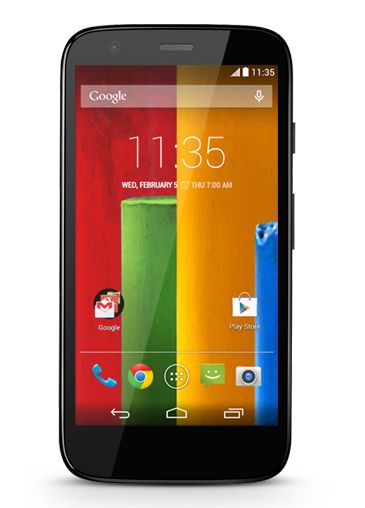 That makes the LTE model $40 more than the GSM-only version, which will continue to be available for $179.

The biggest difference between the phones is that the new model supports faster cellular data networks, but it’s not the only change. Most of the specs remain unchanged, including the Moto G’s 4.5 inch, 1280 x 720 pixel display with Corning Gorilla Glass, 1.2 GHz Qualcomm Snapdragon 400 quad-core processor, 5MP rear camera, 1.3MP front camera, and 2070mAh battery.

But while Motorola offers GSM-only models with 8GB and 16GB of storage, the new Moto G with LTE is currently available for pre-order with only 8GB of storage. The good news is that unlike the GSM model, the new 4G LTE model has a microSD card slot for removable storage.