Qualcomm’s Snapdragon 805 processor will be the company’s most powerful chip to date when it launches in the second half of 2014… but it’s not that much faster than the Snapdragon 801 CPU that’s already available.

AnandTech reports that where it really shines is in select graphic tests, thanks to the new Adreno 440 graphics technology.

We should see even bigger enhancements when the company’s first ARMv8 chips launch in early 2015. 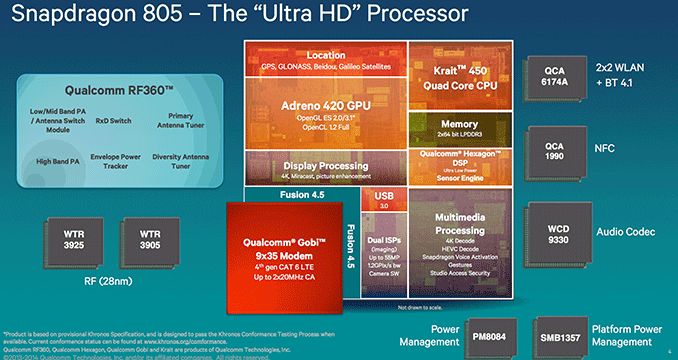