A few things that really make the Huawei Ascend P7 special though, include the front-facing 8MP camera and the phone’s slim design: It measures just about a quarter of an inch thick.

The Huawei Ascend P7 should go on sale around the world this month for about $625 (off-contract). 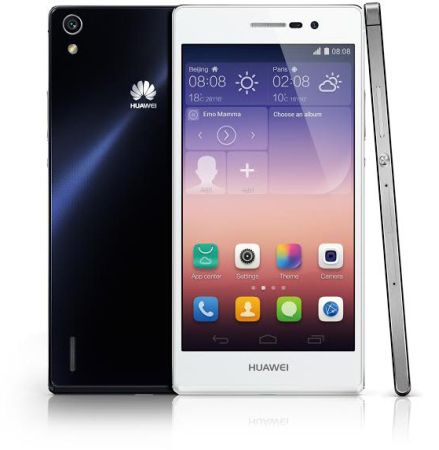 Huawei is playing up the phone’s camera features, including the ability to fire up the camera without unlocking the screen first. Just double-click the volume down button and within 1.2 seconds you’ll be ready to snap a photo.

The front-facing camera also has a non-spherical lens, which Huawei says is good for taking “group selfies” in panorama mode. You can also use a “voice photo” feature to add 10 second audio clips to pictures.

via Phone Arena and Android Central