HP’s first desktop designed to run Google Chrome OS should hit the streets in June. Google and Intel made the announcement during a Chrome event today, providing an update on the HP Chromebox which was first unveiled in February. 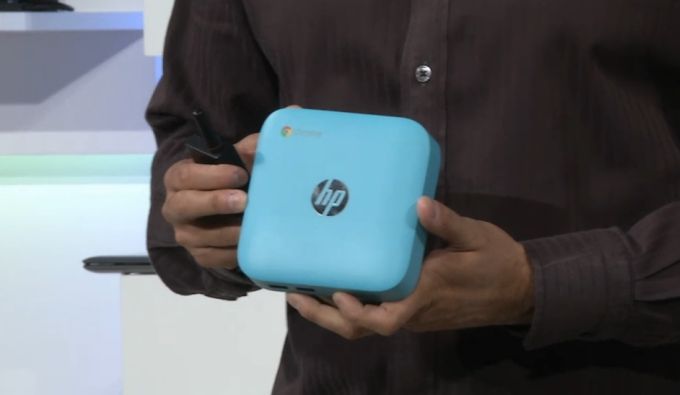 The HP Chromebox has HDMI and DisplayPort, supports WiFi and Bluetooth, and features 4 USB 3.0 ports. It has an Intel Haswell processor.

Intel says HP Chromebox devices will be available to consumers, but they’re also expected to be used as video conferencing and digital signage devices, among other things.

HP isn’t the first company to offer a Chrome desktop. The company joins Samsung, LG, and Asus in offering Chromebox or Chromebase systems.