Microsoft may think there’s a market for people who want large tablets that can replace their laptops. But research firm IDC thinks that some people are using large phones in place of small tablets.

IDC has revised its tablet shipment projections for 2014, suggesting that device makers will ship 254.4 million units this year. That’s down from the previous estimate of 260.9 million.

One of the reasons? IDC blames “phablets,” or smartphones with screens that are 5.5 inches or larger. 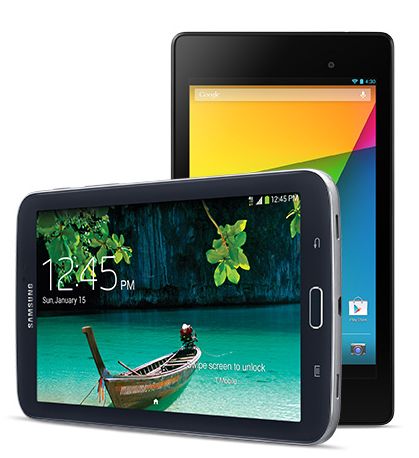 A growing number of people are buying phones with screens so big that they don’t see much need for a tablet.

At the same time, IDC says there’s another issue at play: people are holding onto the tablets they already own instead of buying new models.

That makes sense — over the past few years tablets have gotten good enough that there’s not much reason to upgrade more than once every 2-3 years. A first-generation Google Nexus 7 or Samsung Galaxy Note 10.1 is just about as useful in 2014 as it was when it first hit the streets in 2012. Sure, there are better models available now, but the older models are still pretty good.

In other words, the tablet market is starting to look like the PC market, where consumers regularly hang onto their devices for 3 or more years. The difference is that while PC shipments have actually been shrinking in recent years, tablet shipments are still on the rise… they’re just not rising as quickly as they use to.

The firm suggests that tablet makers could react to the growing number of “phablets” on the streets by shifting from small-screen tablets with 7 or 8 inch displays to larger devices. So maybe Microsoft’s on to something with its 12 inch tablet after all.

4 replies on “Growth in the tablet space is slowing”