The first Asus Padfone to launch with an American wireless carrier goes up for pre-order starting June 6th. That’s when you’ll be able to pre-order an Asus Padfone X from AT&T.

Prices start at $199 with a 2-year service contract. 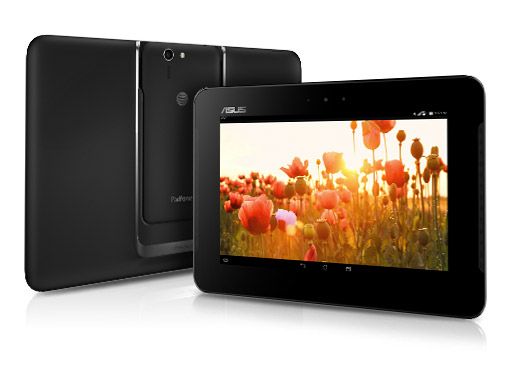 The Asus Padfone line of devices blurs the lines between smartphones and tablets. When you buy the Padfone X you get both a smartphone and a Padfone Station tablet dock. Slide the phone into the back of the dock and you can use your apps on a bigger screen — but the phone is still the brains of the operation.

Asus has been offering Padfone models in Taiwan for a few years, but the Padfone X is the first model to make it to the US through official channels.

The smartphone is powered by a 2300mAh battery, but there’s a 4990mAh battery in the tablet dock which can extend your run time or let you recharge your phone on the go.

Also in the Padfone Station is a 9 inch, 1920 x 1200 pixel touchscreen display and a 1MP front-facing camera which you can use for video calls, since the tablet blocks the front camera on the phone. You can still use the 13MP rear camera even when the phone is docked to the tablet.

The phone weighs about 5.3 inches and measures 0.4 inches thick, while the Padfone Station is 0.5 inches thick and 1.1 pounds.

Looking to pick up a Padfone X outside the United States? Asus will offer the phone under a different name: Meet the Padfone S.