The Asus C200 Chromebook is up for pre-order for $249, but what about its big brother, the Asus C300 Chromebook?

While the Asus C200 features an 11.6 inch screen and weighs 2.5 pounds, the Asus C300 has a larger 13.3 inch display and weighs about 3.1 pounds. The rest of the specs are pretty much the same — and at least one retailer is even charging the same price for both models. ExcaliburPC is taking pre-orders for the Asus C300 Chromebook for $249 (although the retailer says that’s a sale price… and that the list price is $50 higher).

The folks at Promevo are taking pre-orders for $329. But more importantly (for now), they’ve also spent some time with the Asus C300 Chromebook, and they’ve posted some hands-on impressions on their blog. 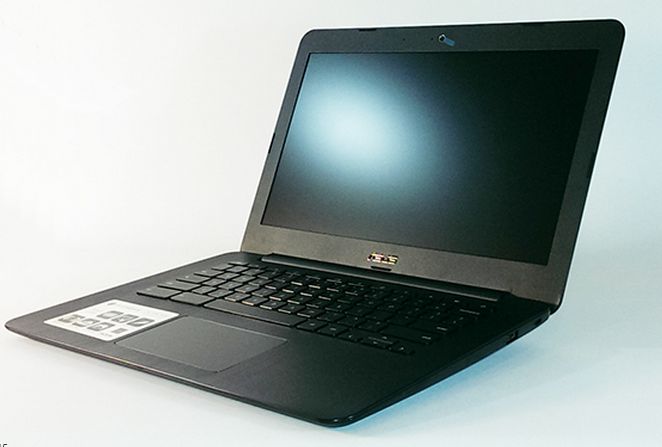 According to Promevo, the speakers are surprisingly loud, the button-less touchpad supports multitouch gestures and it’s larger than you’d expect from a notebook this size, and while the display resolution is the same 1366 x 768 pixels we’ve grown tired of over the years… at least the laptop has an anti-glare display which is relatively easy to see in direct sunlight.

The Bay Trail processor is a low-power chip that offers better performance than you’d get from a Chromebook with existing ARM-based Chromebooks like the Samsung Series 3 Chromebook or HP Chromebook 11, but the system doesn’t seem to be as fast as models with Intel Celeron 2955U Haswell chips.

While the 13 inch Chromebook gets somewhat shorter battery life than the 11.6 inch model (it died about 40 minutes sooner in a rather strenuous battery test), the Bay Trail CPU should offer all-day battery life for light usage.