Two of the biggest names in online video are expanding their offerings today. As previously announced, starting today Amazon Prime Instant Video subscribers can watch a bunch of videos from HBO.

Meanwhile, rival Netflix has announced that it’s expanding into new territories by launching in 6 more European markets this year. 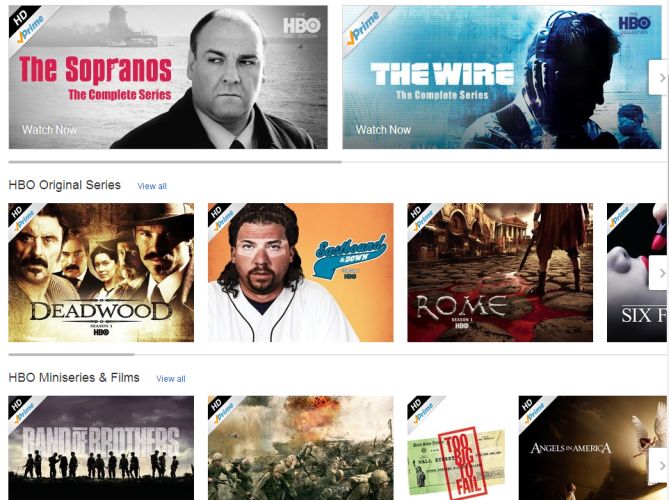 Netflix videos streaming will be available in Germany, Austria, Switzerland, France, Belgium and Luxembourg by the end of the year. The company will unveil pricing details closer to launch in each new market, as well as details about what content will be available — Netflix already has a history of offering some movies and TV shows in select markets, but not others due to deals with content partners.

Amazon’s partnership with HBO, meanwhile, covers mostly older content from the premium TV channel. So there’s no Game of Thrones yet, but Amazon subscribers can watch a number of shows including The Sopranos, The Wire, Deadwood, Eastbound & Down, comedy specials from Ellen DeGeners, Lewis Black, and others, and HBO films and miniseries including Band of Brothers, The Pacific, and John Adams.

Early seasons of newer shows including Boardwalk Empire and Treme are also available for streaming.