The first Chrome OS laptops with Intel Core i3 Haswell chips are on the way. We already knew Acer planned to launch a Core i3 Chromebook this summer. Now Intel has announced that Dell will also launch a Core i3-powered Chromebook.

Both models are expected to have starting prices of $349. 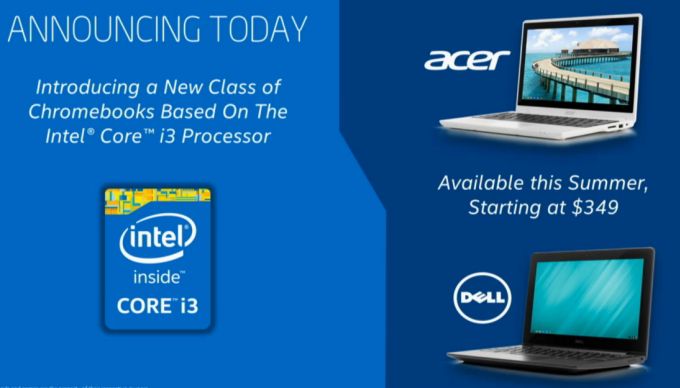 While you don’t necessarily need a super-speedy processor to run a browser-based operating system Intel and Google say that Chromebook users have been looking for devices with better performance.

Even web apps can use faster chips for performing tasks like converting documents to PDF files or editing images, for example. Faster chips also help with multitasking and running apps like Google Hangouts simultaneously with other web apps. 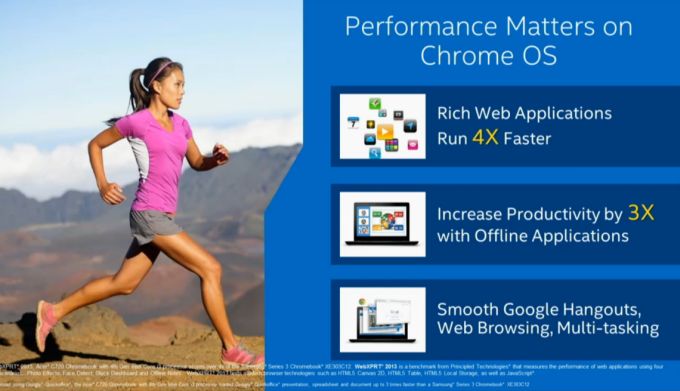 3 replies on “Acer, Dell to launch $349 Chromebooks this year”