Chinese electronics maker TCL is launching its first Android-powered video game console. It’s called the TCL T2, and it’s a small box with an Allwinner A31 quad-core processor, Android 4.2 Jelly Bean software, 2GB of RAM, and 16GB of storage. It also comes with a wireless game controller… which looks kind of familiar. 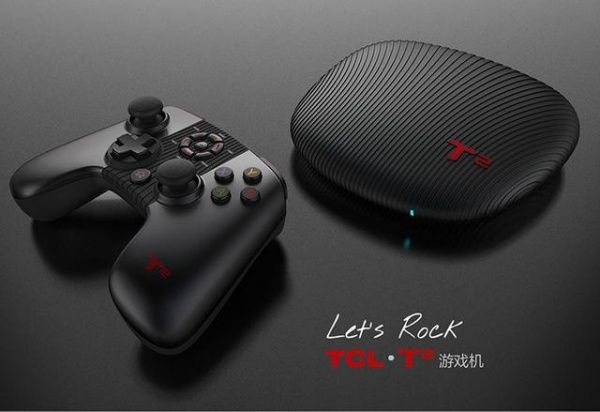 This is the first microconsole I’ve seen to feature Allwinner’s A31 processor. While the quad-core ARM Cortex-A7 CPU isn’t exactly a speed demon, Allwinner’s chip features PowerVR SGX544 MP2 graphics and can handle 4K Ultra HD video playback. It should be able to handle most recent Android video games.

The box has a USB port, HDMI port, Ethernet jack, and micro USB port and the wireless game controller features analog sticks, a D-pad, and all the usual gaming buttons including 4 shoulder buttons.

It looks like TCL borrowed heavily from the design of the Ouya controller when designing its controller, but the TCL model has even more buttons.

The TCL T2 is expected to be available in China starting April 30th, where it will sell for about $110.