Sailfish OS is a Linux-based operating system for smartphones and tablets with a gesture-based user interface, and emphasis on web apps, and the ability to run Android apps (as well as native Sailfish apps). It’s developed by the former Nokia employees who founded Jolla Mobile, and it’s kind of the spiritual successor to the defunct MeeGo operating system.

There’s only one phone designed to ship with Sailfish so far, but folks have been porting the OS to run on other devices for months… and the developers even released an official (if incomplete) version of Sailfish for the Google Nexus 4 phone in March.

Now some developers have ported Sailfish to run on something a bit newer… the Google Nexus 5. 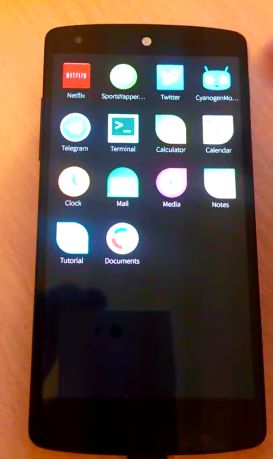 Siteshwar Vashisht and Martin Brook say Sailfish for the Nexus 5 is still a work in progress. But the OS looks pretty good on Google’s latest flagship phone.

Eventually the developers of Sailfish plan to make it easy to install on more Android phones with unlocked bootloaders. But until then, you can check out this video to see the software in action on the Nexus 5.

via The Jolla Blog

One reply on “Sailfish OS ported to the Google Nexus 5”