There’s no shortage of tiny, low-power single-board computers that can run Android, Ubuntu, or other operating systems. What helps set the pcDuino line apart is that these little developer boards also support the Arduino ecosystem which means you can add Arduino shields to extend the capabilities of the little device and use Arduino programming tools.

The first pcDuino board launched about a year ago, and now there’s a new model with a faster processor, more storage, and other improvements. 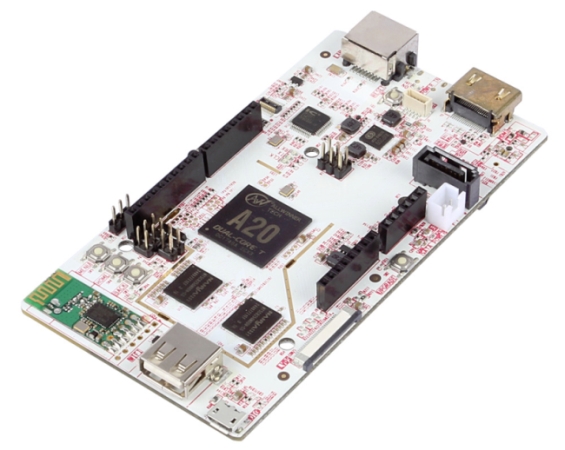 You can pick up the new model from the LinkSprite store for $77. What you get for the money is a pcDuino3, featuring:

The device also has the same Arduino sockets as an Arduino Uno, including 14 GPIO, 2 PWM, 6 ADC, 1 UART, 1 SPI, and 1I2C as well as support for camera, battery, and SATA connectors.

While the Allwinner A20 chip isn’t exactly a speed demon, it’s a lot faster than the Allwinner A10 chip used for the first pcDuino. It also supports 1080p HD video playback.

If you’re just looking for a device to turn into a media center or to use as a cheap, low-power desktop, there are probably better options. But if you’re looking for a hackable platform, the pcDuino3 looks like an interesting option.

14 replies on “pcDuino3 is a $77 Android, Ubuntu single-board PC with Arduino support”