The Tegra Note 7 is an Android tablet with NVIDIA’s Tegra 4 processor, a starting price of $199, support for finger or stylus input, and an emphasis on gaming. Chip maker NVIDIA developed the tablet’s reference dsign, and partners with hardware companies including EVGA and ZOTAC to sell the tablets.

In April, NVIDIA unveiled a new Tegra Note 7 LTE which which has all the same features, plus support for mobile broadband networks. Now it looks like the Tegra Note 7 LTE is one step closer to launching. It showed up this week at the FCC website. 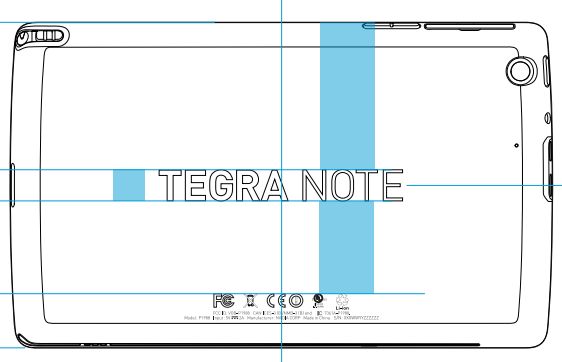 What you’re looking at is a label drawing for the Tegra Note 7C… and C stands for connectivity (or something like that). In addition to WiFi and Bluetooth, this model supports LTE, HSPA+ and Edge networks in the US and Europe.

The new LTE model is expected to hit the streets in the second quarter of 2014 for about $299, which means you’ll pay about $100 extra for the 3G/4G capabilities.

The rest of the specs are pretty much the same as those for the WiFi-only model, including a 7 inch, 1280 x 800 pixel IPS display, a quad-core ARM Cortex-A15 processor, 1GB of RAM, 16GB of storage, microSD card and micro HDMI ports, a 5MP rear camera, and a 0.3MP front-facing camera.

While the screen resolution and memory are a bit underwhelming by 2014 standards, the speedy processor with high-performance graphics, the Android 4.4 KitKat software, and the relatively affordable price tags help the Tegra Note series stand out.