It’s a time for departures and arrivals: The head of Google+ is leaving Google, but the makers of popular web “recipe” service IFTTT (If This, Then That) are coming to Google with a new Android app that lets you do things like do things like send a notification if the forecast calls for rain, or set your wallpaper using the latest photos from Instagram. 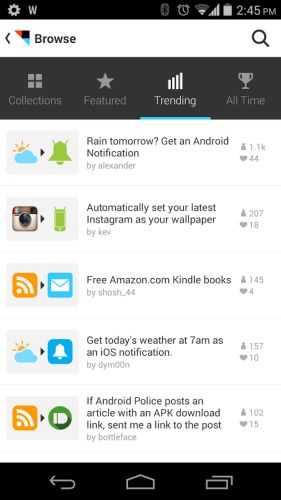