Tired of typing a password to unlock your laptop the old fashioned way? It looks like Google is planning to provide an “Easy Unlock” function for Chromebooks.

Here’s how it works: with Easy Unlock enabled, the Chromebook will search to see if your phone is nearby. If it is, the phone basically acts like your password and your device unlocks without requiring you to type a thing. If it’s not, then you’d best get to typing.

A non-working version of the feature showed up as an optional flag in the latest Chrome OS dev channel update. 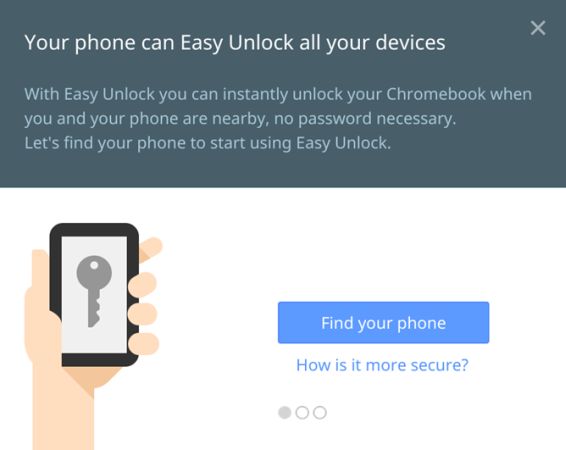