The Lenovo Yoga Tablet 10 HD+ is an Android tablet with a full HD display, a built-in kickstand, and crazy long battery life: Lenovo says you should be able to get up to 18 hours on a charge.

First unveiled in February, the Lenovo Yoga Tablet 10 HD+ is now available for order for $369. It’s expected to ship in mid-May. 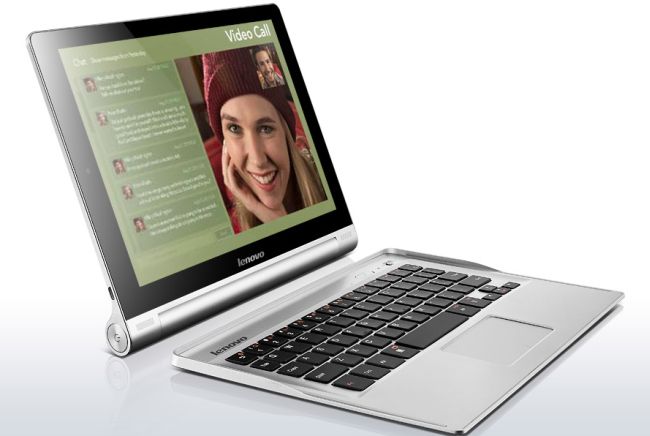 Lenovo says an Android 4.4 KitKat software update will be available soon, but at launch the tablet ships with Android 4.3 Jelly Bean.

The extra-long battery life comes from a combination of the energy efficient processor and a rather large battery. The Yoga Tablet 10 HD+ sports a 9000mAh battery.

Like other members of the Lenovo Yoga tablet line of Android tablets, the Yoga 10 HD+ is thicker at one end than the other, letting you hold the tablet a bit like a magazine with the pages flipped over.

The chunky end houses the battery and also balances the tablet’s weight so that you can flip down a small kickstand and prop up the tablet on a desk or table to watch videos or perform other tasks without worrying that the Yoga 10 HD+ will fall over.

Accessories for the tablet include detachable keyboard covers and a tablet sleeve.