It looks like Raspberry Pi-compatible hardware is becoming a thing. The Raspberry Pi is a tiny, low-power single-board computer aimed at developers, hobbyists, educators and students. It’s designed as an open platform for programmers, hardware builders, and others… but it’s powered by a rather slow ARM11 processor and only supports up to 512MB of RAM.

So the folks behind the Banana Pi have launched a similar device with a faster ARM Cortex-A7 dual-core processor from Allwinner, 1GB of RAM, and Raspberry Pi-compatible headers so you can use add-on boards and other peripherals designed for the Raspberry Pi.

But it looks like the folks at Solid Run had a similar thought. Their upcoming HummingBoard is a Raspberry Pi-like board which features a Freescale i.MX6 ARM Cortex-A9 processor, and a 26-pin Raspberry Pi-like connector for add-ons. 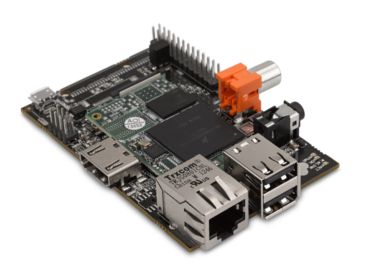 Update: The HummingBoard is now available for pre-order for $45 and up.

The HumingBoard supports up to a quad-core processor and up to 2GB of RAM. It has a micro USB connector for power, an HDMI connector for video output, a Gigabit Ethernet connector, 2 USB 2.0 ports, an option for an eSATA port, coaxial SPDIF audio and an IR reciver.

It also has a microSD card slot for storage as well as connectors for mSATA and mini PCIe devices.

This is a developer board first and foremost, so unlike an Android TV box, it will ship without a case and with a variety of pins and connectors exposed so that hardware and software developers can test and debug their work. 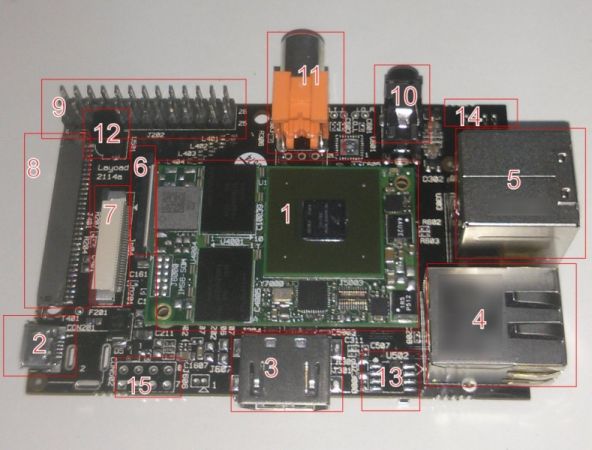 2 replies on “HummingBoard is a Raspberry Pi-compatible dev board with Freescale i.MX6 chip”