HP is giving its Spectre 13 ultrabook a business-friendly makeover. The HP Spectre 13 Pro is a thin and light laptop with an Intel Haswell processor, a choice of a 13.3 inch 1080p or 2560 x 1440 pixel touchscreen display, up to 8GB of RAM and up to 512GB of solid state storage.

But unlike most consumer-oriented ultrabooks, the HP Spectre 13 Pro is easy to upgrade. Remove the bottom cover and you can remove the battery and solid state drive.

HP hasn’t officially launched the Spectre 13 Pro yet, but a few documents on the HP website give us an idea of what to expect. 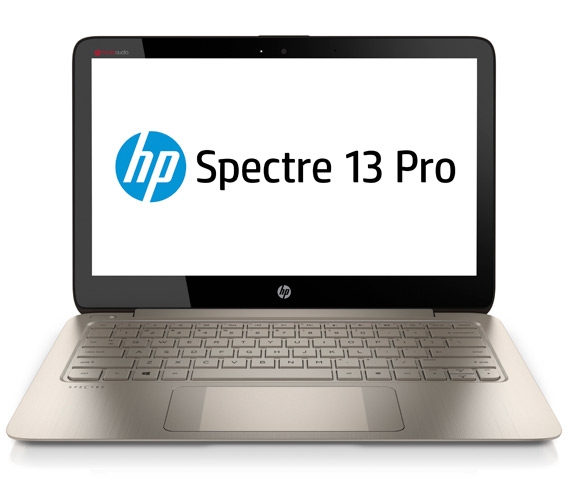 Theoretically you could upgrade the components on many ultrabooks — but since this is a model aimed at business and enterprise customers, not only is this not necessarily a warranty-voiding activity, but the HP Spectre Pro user manual actually provides instructions for opening the case and repairing or replacing components.

There are even instructions for replacing the display assembly. 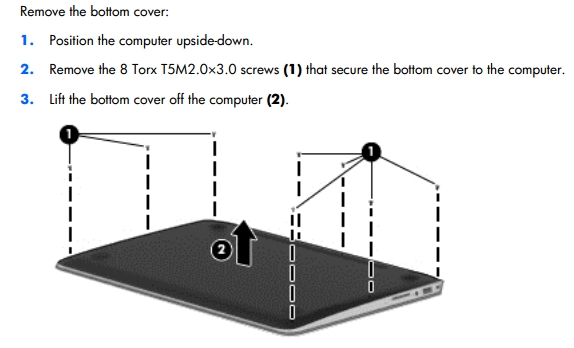 Unfortunately not everything is easy to upgrade. The RAM is soldered to the motherboard, so if you buy a model with 4GB of memory, that’s all you’re going to be able to use. Fortunately you can opt for an 8GB model.

Like the original HP Spectre 13, the Pro model has a wide touchpad below the keyboard with support for multi-touch gestures. There are also physical touchpad buttons, but they’re on the left and right sides of the touch surface instead of below it.

HP hasn’t announced the price or release date for the Spectre 13 Pro. It’s listed as “coming soon,” on one HP web page, where it’s also described as measuring about 0.6 inches thick and weighing 3.3 pounds. The user manual, interestingly, says the laptop is 1.4 inches thick and weighs 3.56 pounds — so maybe we should take some of the listed specs with a grain of salt until the notebook goes on sale.