Google has given the stock camera app for Android a makeover with a new user interface and a few new features. Google Camera is now available as a standalone app from the Google Play Store for the first time.

That lets users update the app without updating their entire operating system — and allows Google to push out new features, bug fixes, and other updates more quickly. 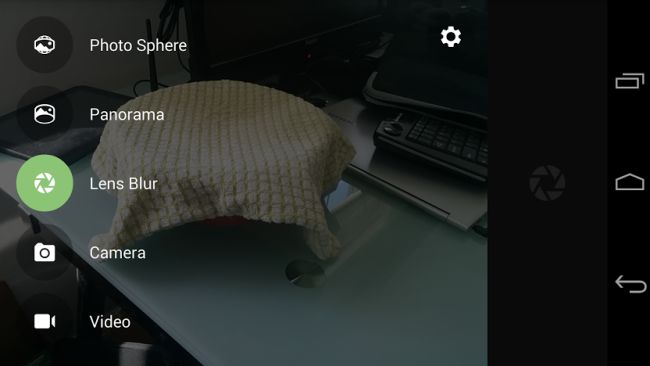 The new app should be available for most devices running Android 4.4 KitKat or later. If you’ve got a phone with the stock camera app and you’re running KitKat, you’ll probably be prompted to update the app. If not, you can grab it from the Play Store.

Like earlier versions of the Google Camera app, the new app lets you snap photos or videos using the front or rear cameras on your device. There are also a few extra goodies including Panorama Mode and support for 360 degree Photo Spheres.

Google has also added something entirely new called “Lens Blur,” which lets you doctor photos by adjusting the depth of field to focus on a small element while the background blurs. 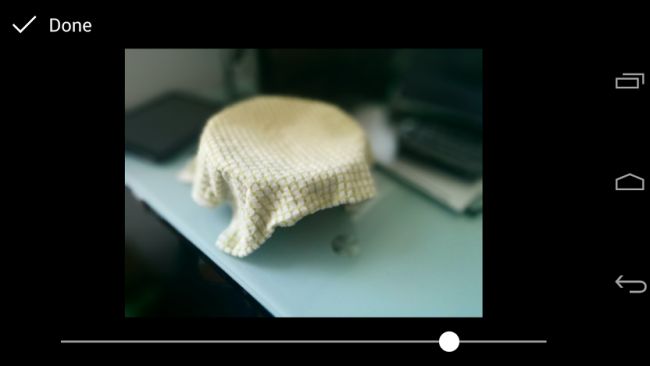 Google says this provides an SLR-like view, and while the results vary depending on how you shoot your Lens Blur photos, Google does let you edit the focus after-the-fact, so it’s not too hard to get some nifty shots using this new tool.

There’s also one other feature that’s both funny… and helpful. If you try to shoot a video while your phone is in portrait mode, an icon will pop up suggesting you tilt your phone and record in landscape orientation instead. 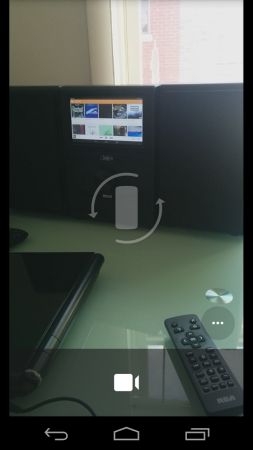 6 replies on “Google redesigns Android camera app, puts it in the Play Store”