Google is adding a new layer of security to Android. The company already scanned apps uploaded to the Google Play Store for known malware, and offered users an option of monitoring all the apps you install on your device to detect malware if you’re using apps from other sources.

But sometimes a problem is discovered after you’ve already downloaded and installed an app — so now Google will start continually scanning your Android device to let you know if apps you’ve already installed contain any newly discovered malware or other causes for concern. 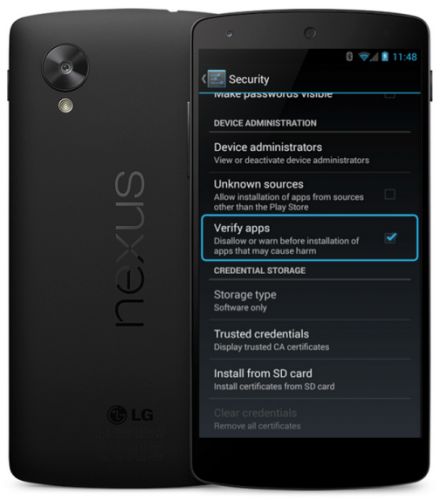 Th new Verify Apps feature is starting to roll out to existing Android devices which feature the Google Play Store. It supports Android 2.3 and later and will provide a warning if potentially harmful apps are discovered.

Back in February Computer World reported that Google would be taking this step, and now the company is starting to roll out constant on-device app monitoring to users.

While Google’s new service will help protect you from viruses and apps with potentially dangerous code, that doesn’t mean you can always trust the software you install on you device. You could still end up spending $3.99 on a fake anti-virus app that does absolutely nothing, for instance (even if the developer of that app claims the “fake” app was really just a UI design prototype uploaded by accident).